Another country we’ve gone through fairly quickly. We were there just 11 days (which I know is more than most if you were to go there on a holiday). Anyway it wasn’t a country we had originally intended to go through as we were hoping to go through Turkmenistan and then Iran, but as with many of these things it was a blessing in disguise. It’s somewhere we knew little about and even though the visa was quite expensive (thanks to the UK reciprocating the expensive visa for Azeris) we were both glad to have the opportunity to go to a country that otherwise we would probably never think to go to. 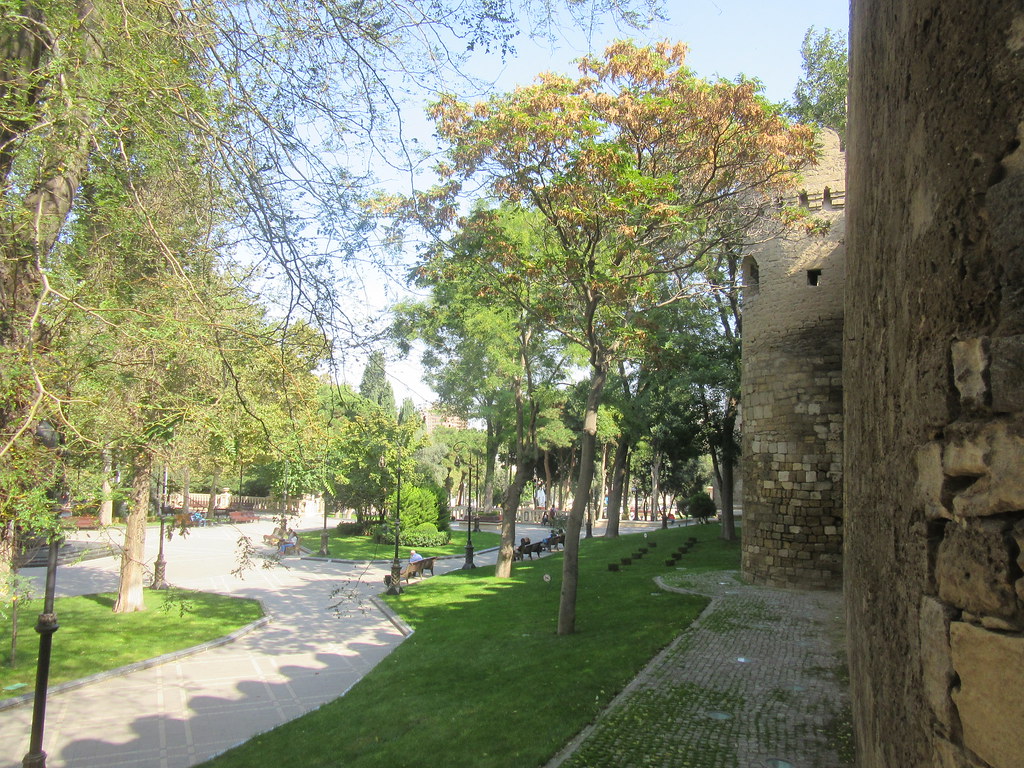 Arriving in Baku was amazing, after the months of being in Central Asia it was fun to be in what felt like a more European city. With the bright lights of Fountain Square, and the hustle and bustle of weekends out and about it was exciting to be a part of it. We had some delicious, maybe not local, food. So much choice and we enjoyed people watching. We were finally 100% better after our bad tummies and so treated ourselves to an incredible three course French meal. The weather was great and so we were able to sit outside and soak up the atmosphere. A great start. 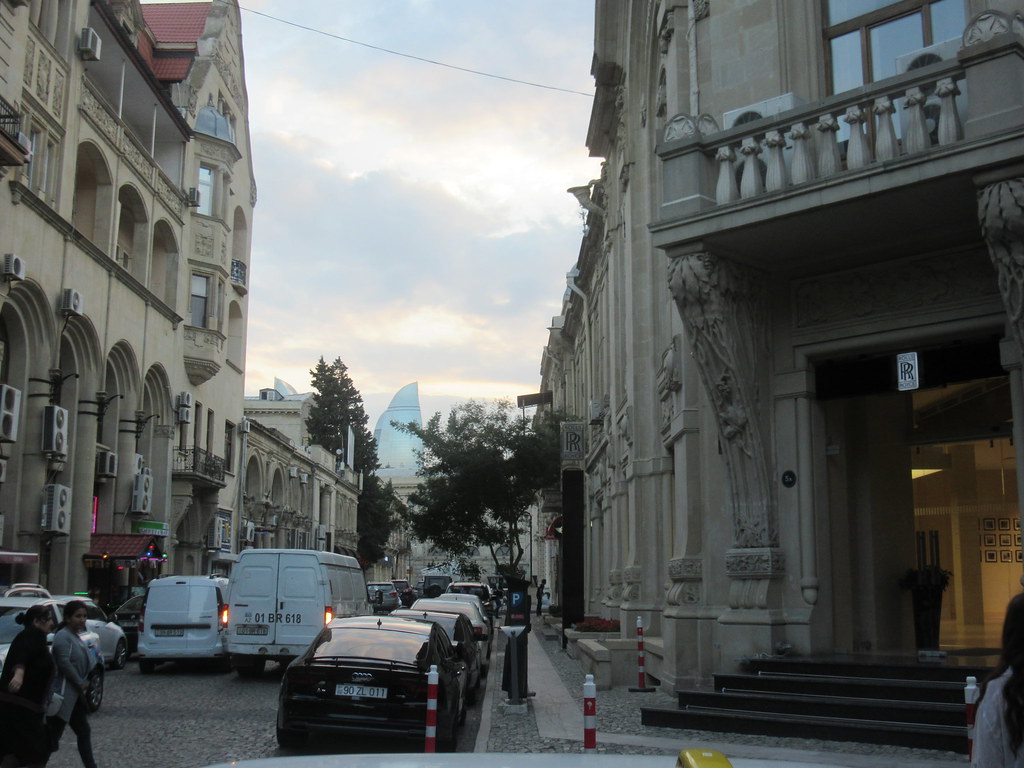 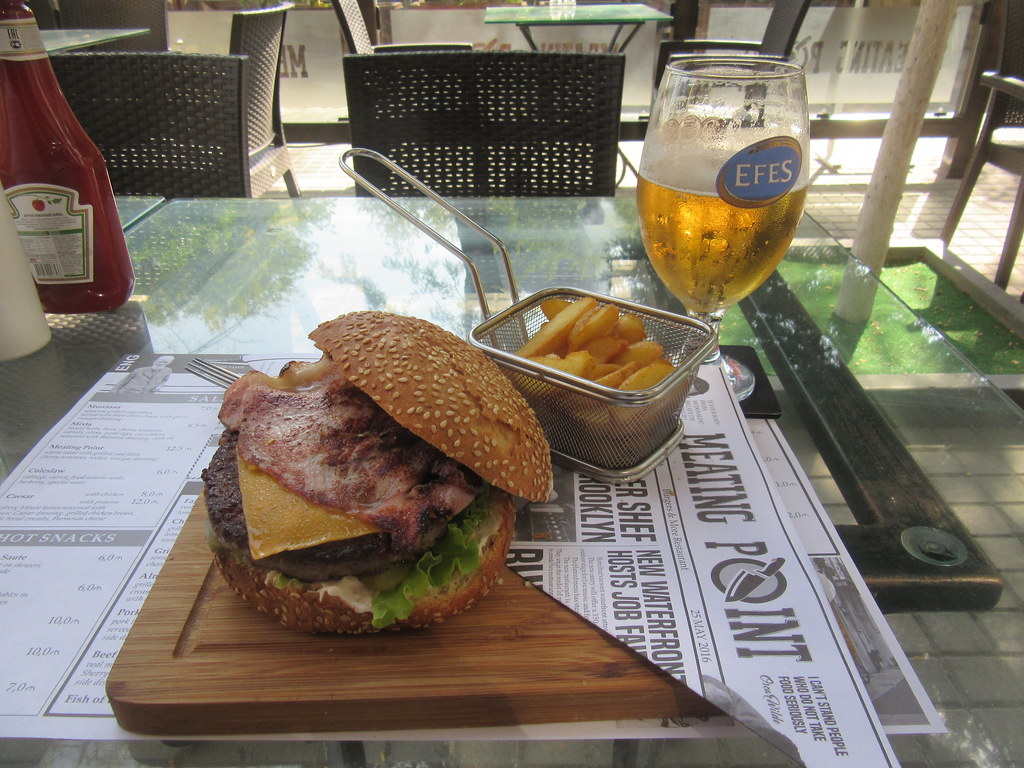 Bacon after a long time! Such a good burger

Sadly the good weather didn’t last long and as we left Baku it had turned grey. We had chosen a more scenic route to the north of the country but didn’t get to see much of the landscape as we were mostly in the clouds. I’m sure it would have been beautiful if we could have seen something, instead I just got frustrated having to cycle up the hills with no reward, even the downhills were too cold and wet to enjoy. I was not having fun! We had been looking forward to camping here as there were loads of options but after two nights of rain everything was soaking wet and so we needed to go to a motel to try and dry everything off. This is when being out and exposed to the elements you miss the security of home and being dry. 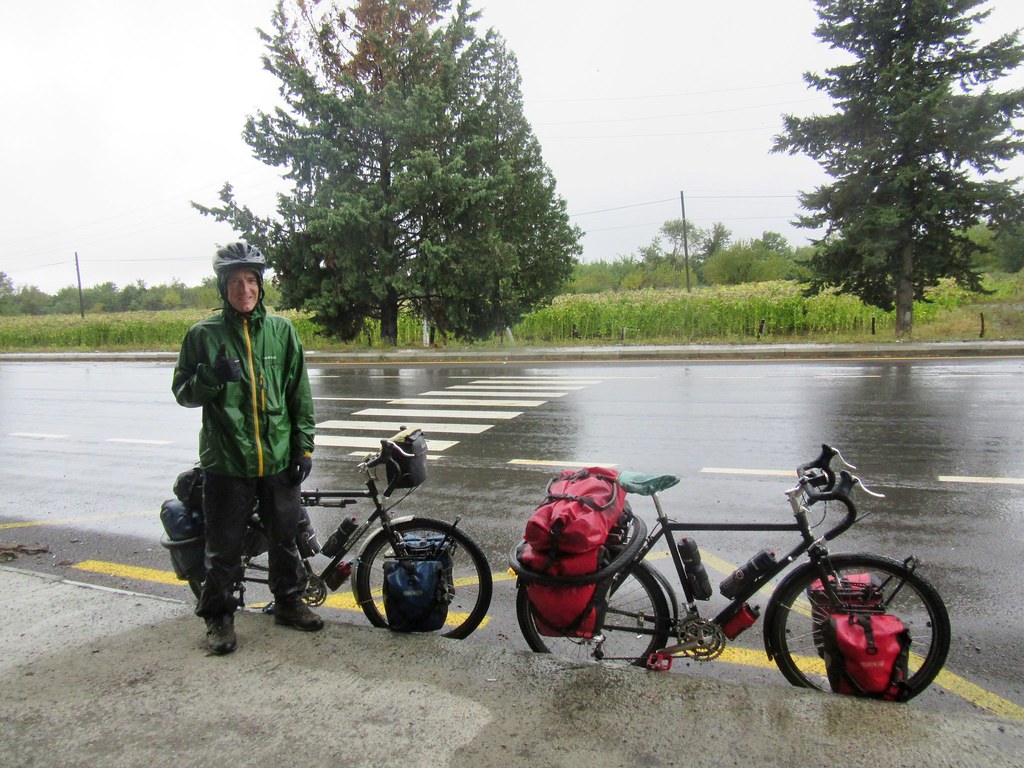 The roads were pretty good for our entire cycle through Azerbaijan, a little bumpier towards the end but on the whole not bad. The drivers were quite fast. When it’s a fairly narrow single laned road with no real hard shoulder it can be scary when cars overtake. You have to just trust that they aren’t putting you in danger. 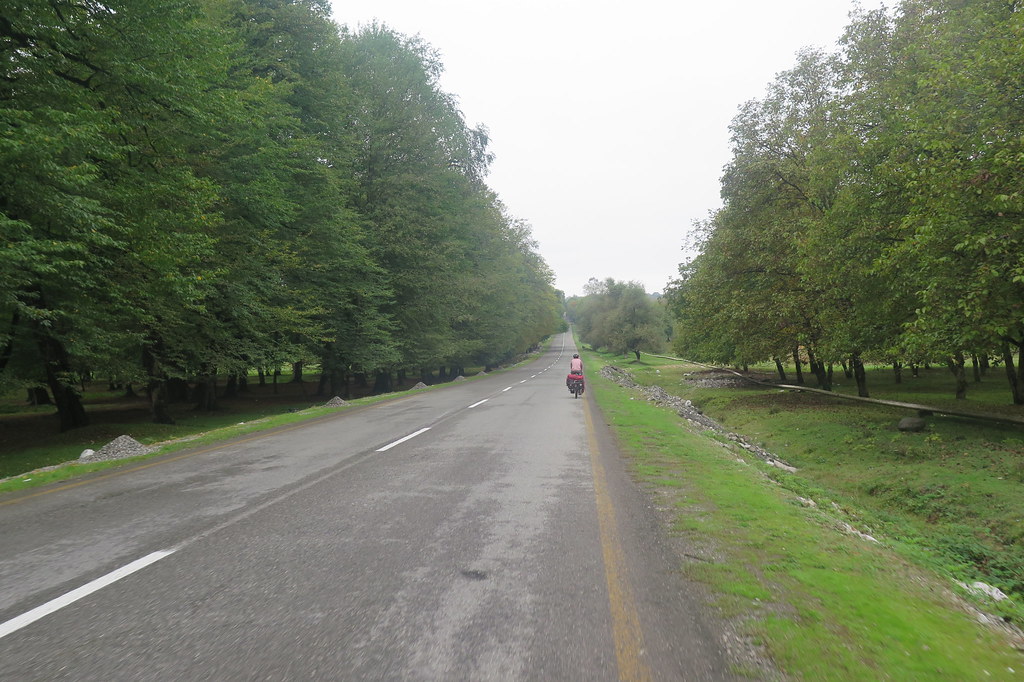 It was so nice being in a country with a different menu to what we had been eating for the last four months. When we got to a cafe we just gestured food and waited to see what we got. It was always tasty with a few side dishes you could say yes or no to. Mostly it was a stew or soup with bread, but the first time we got this grilled fish which was so good. I loved the chai (tea) culture, the small glass cups were the perfect hand warmer. It was also good to be back to there being lots of options of places to stop or shops to pick up bits from. We didn’t have to think too much or plan, which is always nice. It also meant that my bike was far lighter as I usually carry most of the food/water supplies, so I had it easy. Poor Andy always has a fully loaded bike. 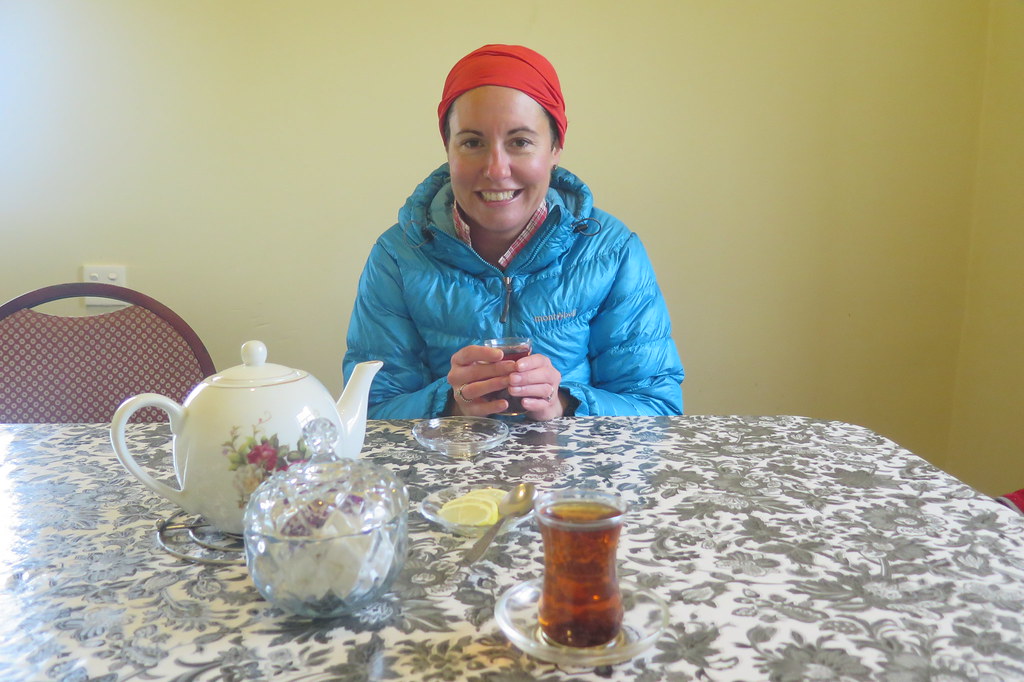 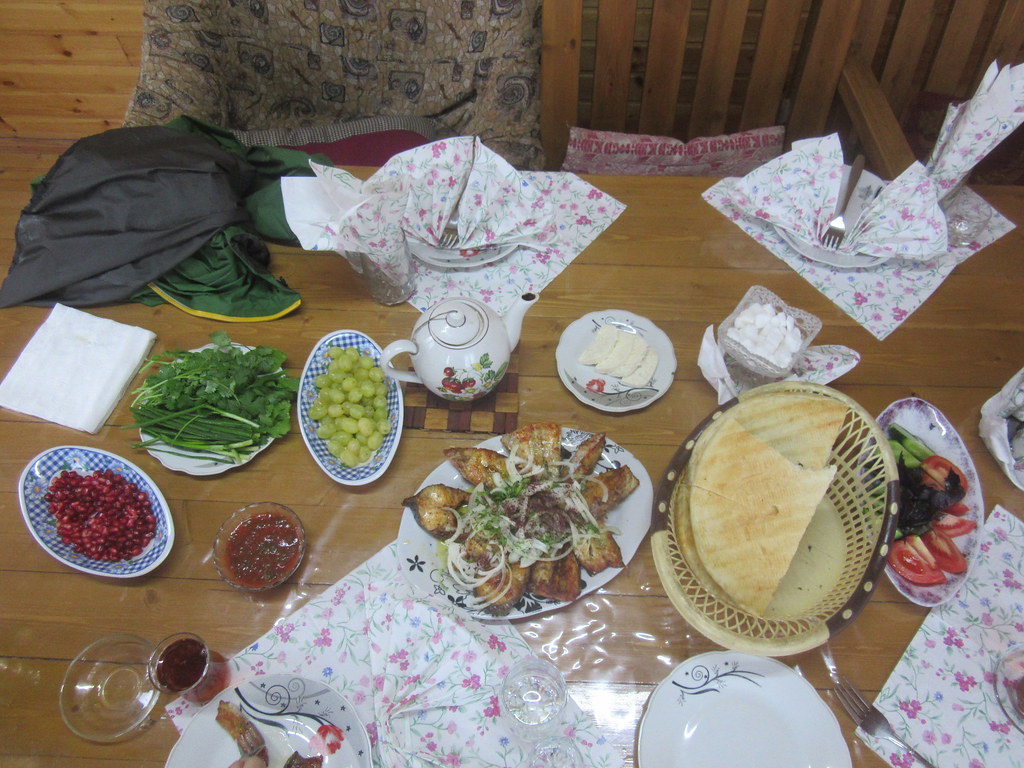 One thing I noticed cycling through Azerbaijan was there weren’t many women around. There were a lot of men in the cafes or even hanging out together on the street corners. People were friendly but we were still in an environment where I was hardly acknowledged and mainly Andy was spoken to. I am looking forward to being back in a country where there is a more equal balance. I can accept that this is how things work in other countries but it doesn’t mean I have to like it. I definitely have found it frustrating at times. On the other hand it can work in my favour when I’m tired and it’s hard to make an effort as then it’s all placed on Andy. Also when it comes to crossing borders it’s usually Andy who is addressed for both of us, that works for me.

Azerbaijan is a relatively small country with an interesting landscape, considering the size it has 9 out of the 11 climate zones, mountain ranges covering 40% of the country, lakes and rivers, mud volcanoes, and a mountain that is ablaze from a natural gas fire. The country is also developing quickly thanks to the economy being strong from two-thirds of the country being rich in oil and natural gas. Plus there is a large amount of agricultural land. It is also an important access point for transporting goods from Central Asia to Turkey and beyond. On a side note, it was sad to see so much litter on the side of the road. Maybe with this fast development some of the infrastructure isn’t quite there yet or the education, hopefully this will change before it’s too late. 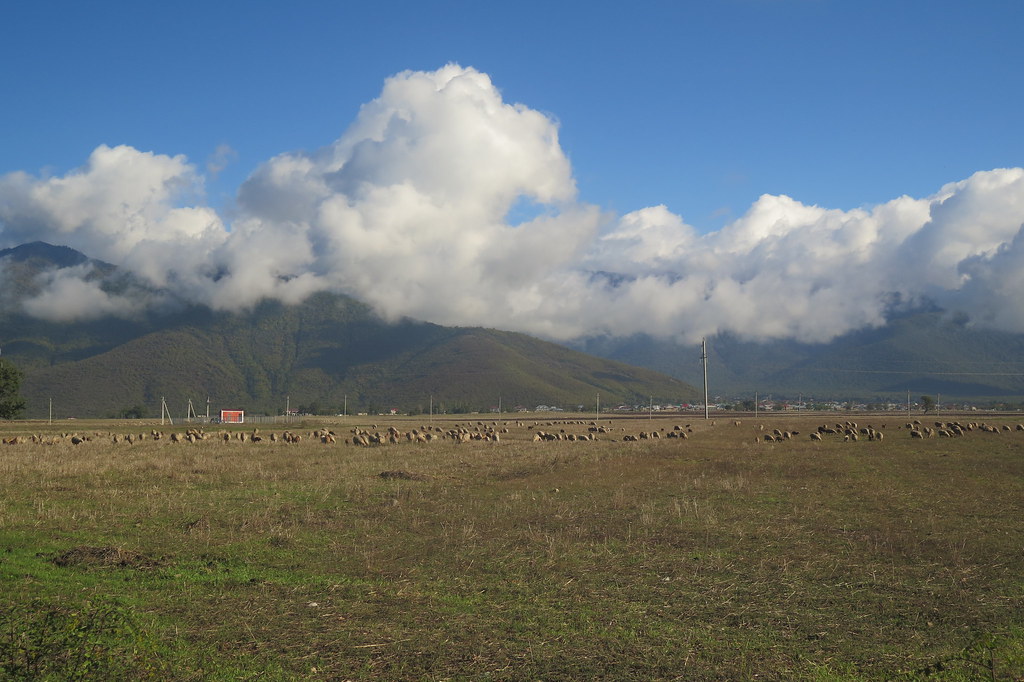 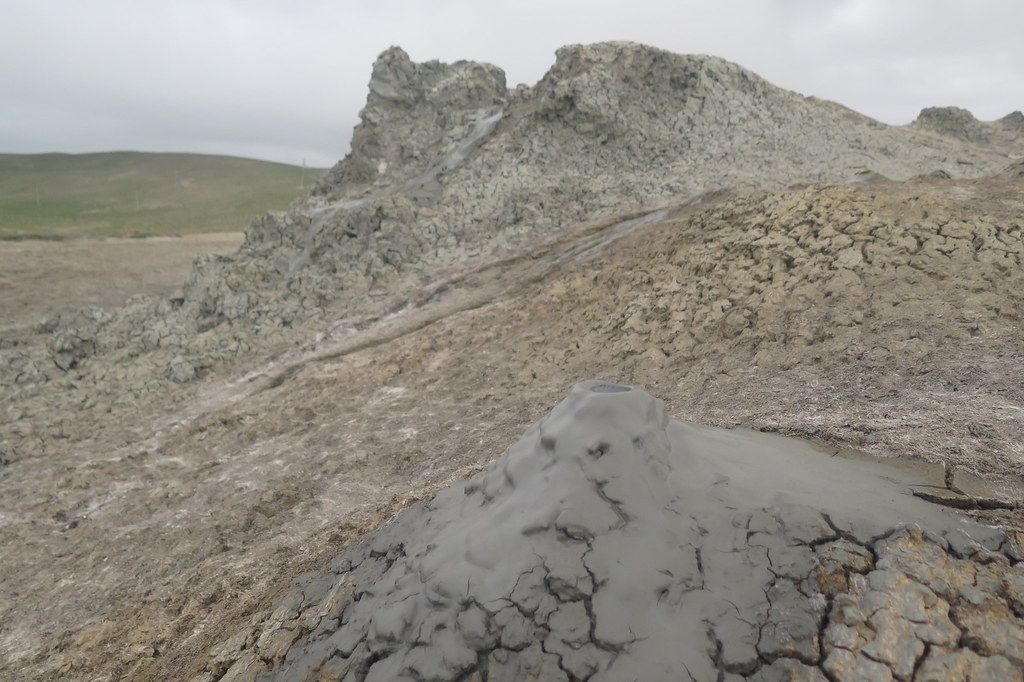 Something mentioned in Andy’s previous blogs and a few other blogs we’d read before entering Azerbaijan, there were a lot of dogs. Maybe the most we’ve encountered so far. The majority just bark from the boundary of the property they are protecting but we have also had a fair number chase us, some looking more vicious than others. Luckily we were aware this could happen so were prepared. It can give you a shock when they suddenly start chasing. Most are fine but Andy has had to throw a few stones to scare them off. There are many stray dogs too, underfed and unhealthy. It’s sad to see. 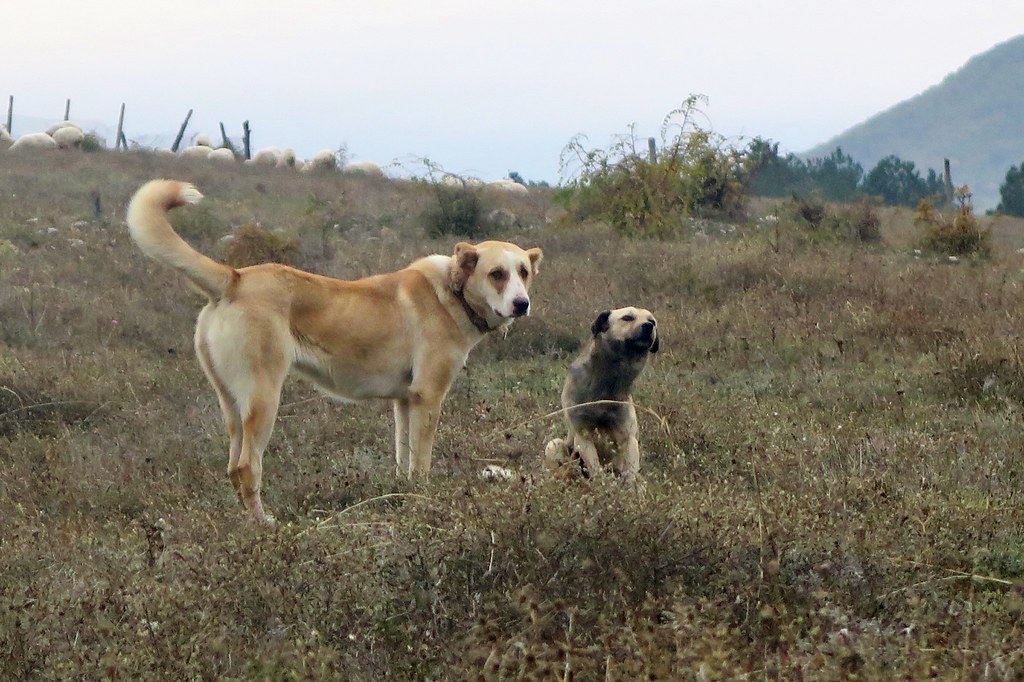 Ok these ones are from Georgia but no pics from Azerbaijan

So maybe from my summary of Azerbaijan it doesn’t make you want to book the next flight to visit the country but as I said, even with the bad weather, it is somewhere we are glad to have visited. Despite the weather we did enjoy our time here. We probably won’t return due to the cost of the visa (with Georgia and Armenia having free visas for Brits) but thanks to our trip it gave us the opportunity to visit. 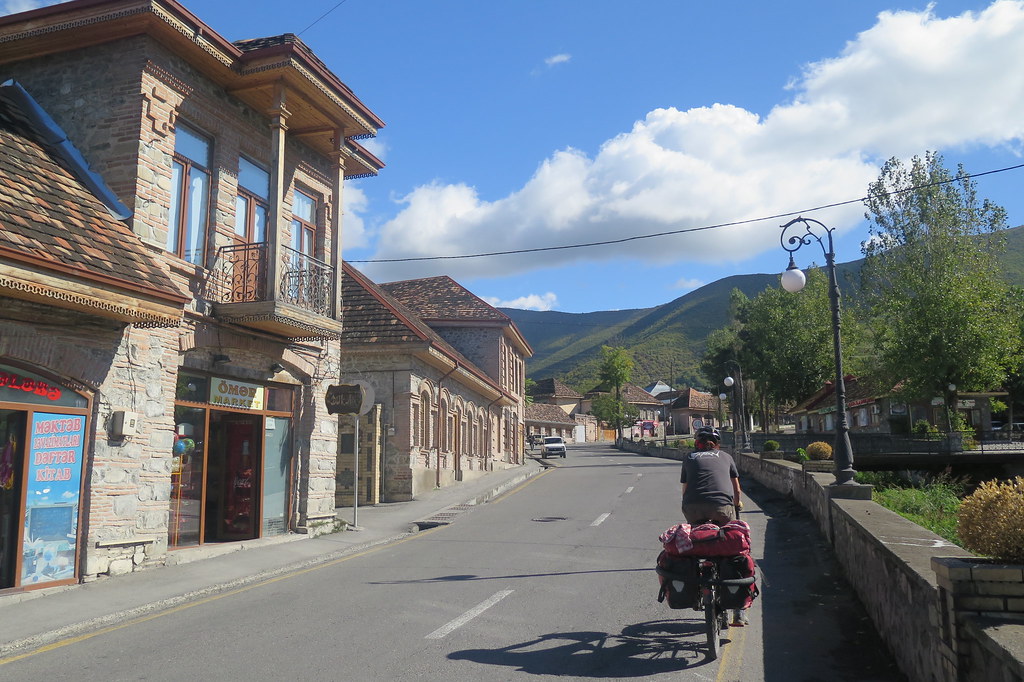 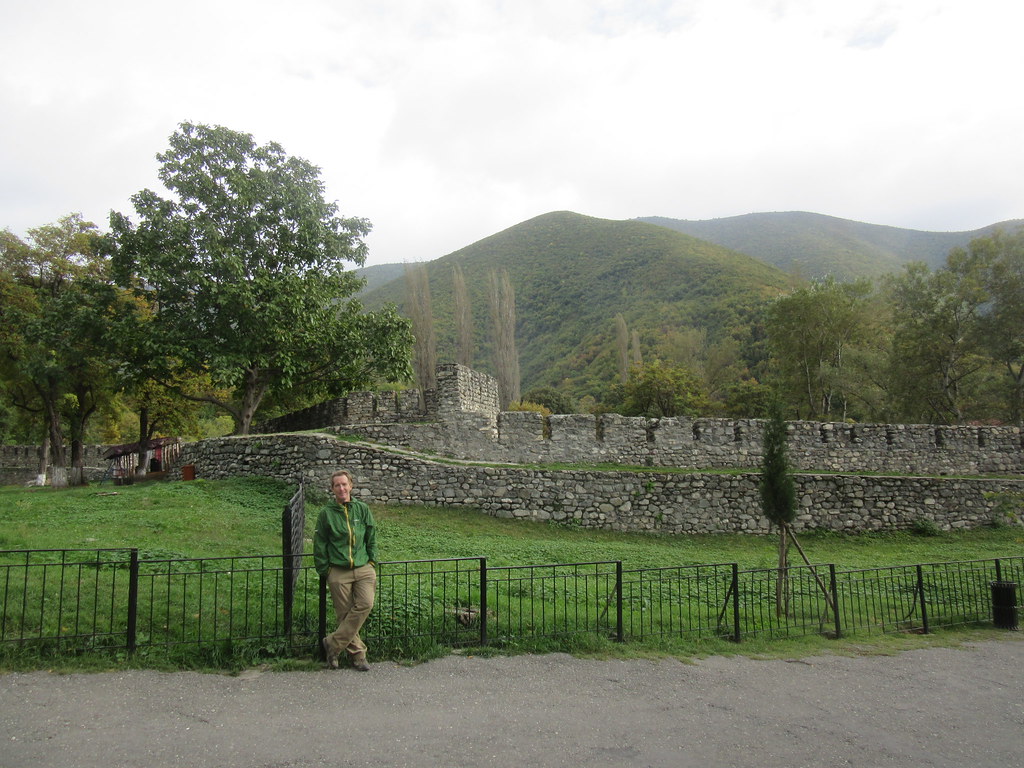 Where we slept – Hotels – 7 nights