I finished work early on Friday June 6th, so hopped on my bike and set off for what I originally planned to be a 3 day mini tour of Central Hokkaido. Friday afternoon’s riding was mostly a race against the sunset, as I wanted to get to Furano before dark to find a spot to camp for the night. My route took my past Mikasa and Lake Katsurazawa and over two passes. It’s a major route, but still very quiet so there were long periods when I didn’t see any other traffic. I was kind of hoping to see a bear in the hills, but at the same time was quite glad not to! I was fortunate to have a tailwind most of the route, so I made it to Furano well before sunset, and found a great camping spot in a town park close to the Kitanomine ski area.

I woke early, and after bugging the 7-11 night staff by drinking my coffee while charging my phone in the store, set out heading north up the valley towards Asahikawa. 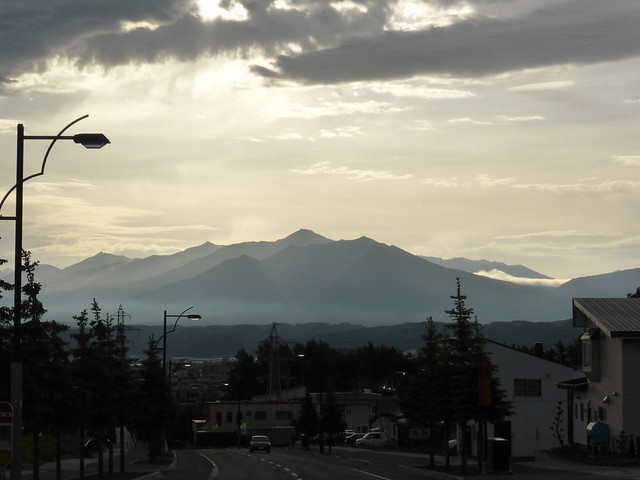 Early morning view of Daisetsuzan from Kitanomine in Furano 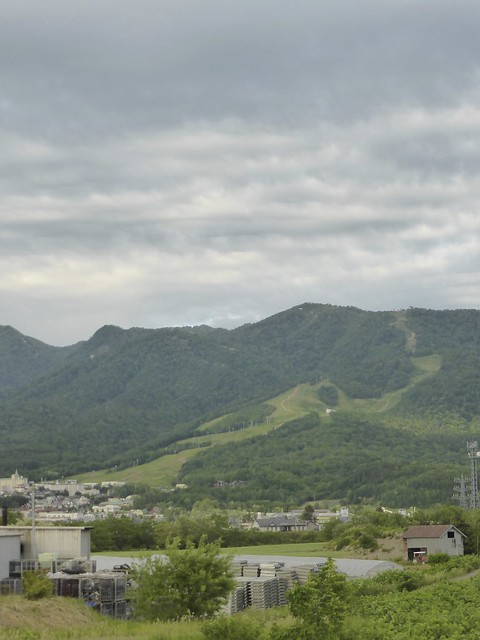 My plan was to slowly head up the valley past Biei and then cut up towards Higashikawa to meet friends for lunch. Again, thanks to a tailwind, I was flying and making quick progress, averaging around 30km/h. 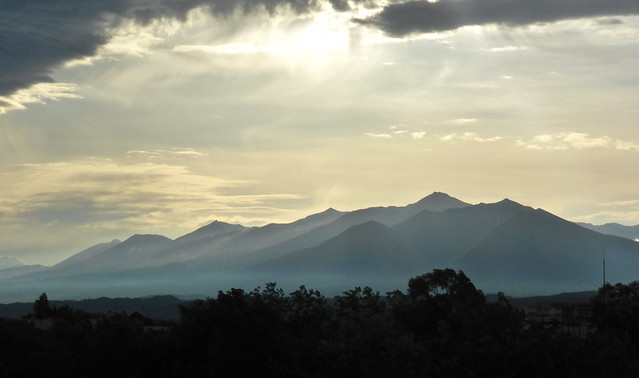 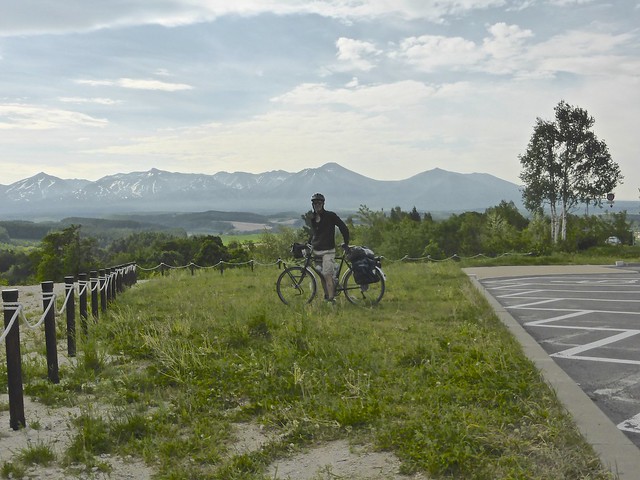 Break for a photo near Kami Furano 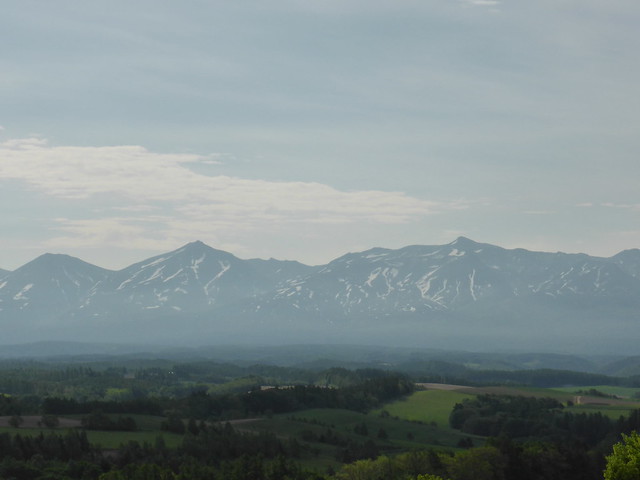 Light mist hanging in the valley

By the time I got to Biei, it was clear I was going to be way early for lunch. So I found another 7-11 to sit outside and recharge both my legs, and my phone. (Top tip – combinis all have power points outside them!) 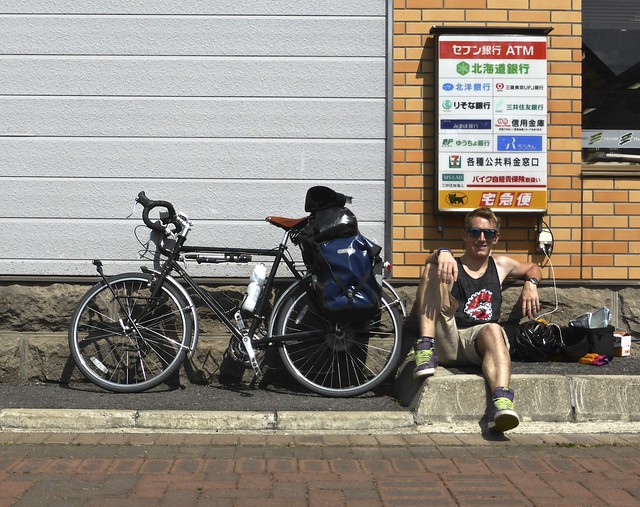 The route from Biei to Higashikawa took me up very quiet valley and over a small pass. I was riding straight up towards the Asahidake and the views continued to be spectacular. 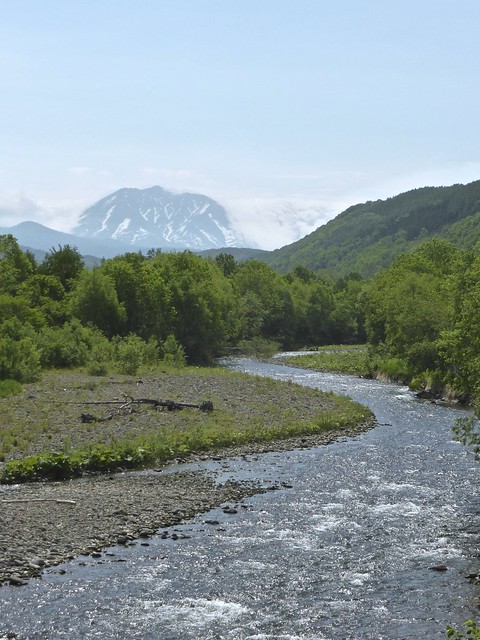 Lunch at Nomad in Higashikawa was a nice break from the saddle after a fairly mellow 65-70km, but I was soon eager to hit the road again as my target for the day was to get to Fukagawa. 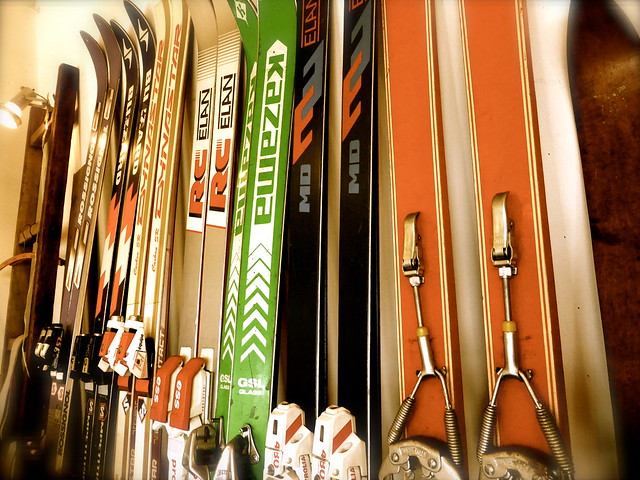 Retro skis on the wall at Nomad in Higashikawa

From Higashikawa, I continued north west, skirting Asahikawa and then through the narrow gorge alongside the Ishikari River, past Kamui Ski Links towards Fukagawa. I stopped at Fukagawa Rice Land 7-11, where I had planned to find somewhere to camp for the night having covered about 130km. But I still had plenty of daylight, and energy, so I decided to push on south towards Takikawa. 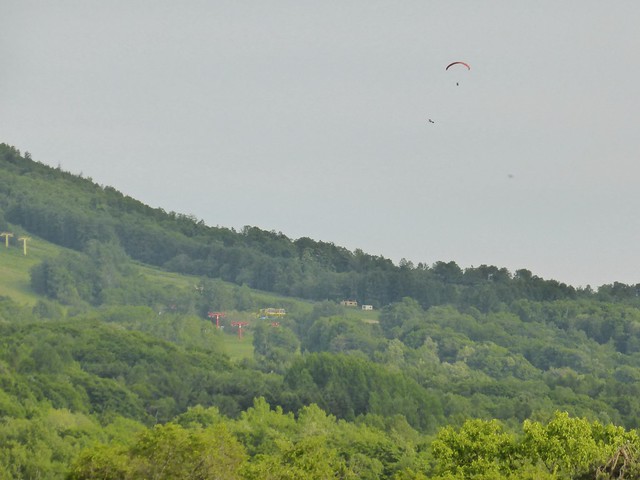 It was just getting dark at Takikawa when I made to an onsen where I decided I’d camp. But after a katsu curry, a soak in the onsen and a quick lie down on the tatami, I again had a change of heart. I got the headtorch on, chugged another 500ml bottle of Coke and hit the road again. I was going to sleep in my own bed that night. I was in a bit of a trance for the last 50km home in the dark, but the roads were quiet and I covered it in around 2 hours, getting in just before midnight, just as my bike computer ticked over 200km for the day. Total for the two days was 275km.