We spent 48 days in Kyrgyzstan in total but 27 of those were just in Bishkek waiting on visas. We had cycled straight into Bishkek the same day we crossed the border, so our first impression of the country was only based on the city. We had heard mixed things about Bishkek but overall we really enjoyed our time there, we just were there too long. If we had realised that our visas would take so long then we would have gone off and done a small trip. Oh well we can’t change that now. 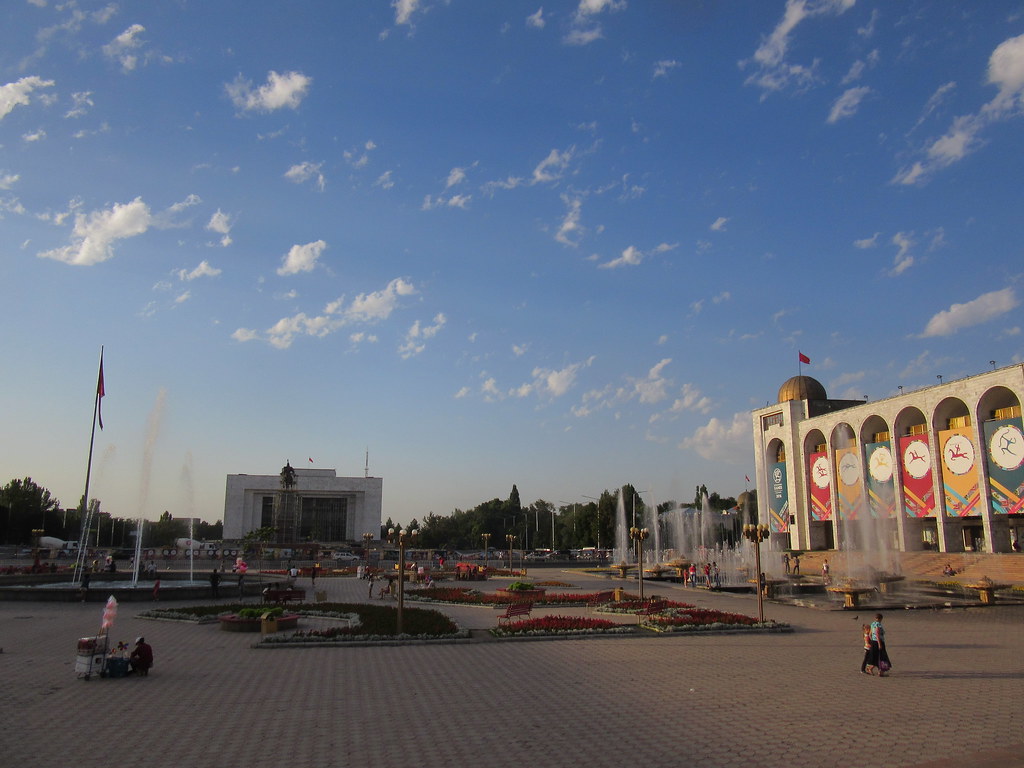 Bishkek offered us lots of home comforts. We had decided to stay in an apartment so we could have a nice base for a short period of time. Being on the road and constantly moving, packing and re-packing can definitely take its toll on you sometimes. Just to have a small kitchen with a fridge, kettle and washing machine was luxury! It did mean we spent a lot of time watching TV, drinking coffee and going out for delicious food and drinks. It was great to feel a bit ‘normal’ at least for the first couple of weeks. There were some great restaurants and we soon had our favourites. 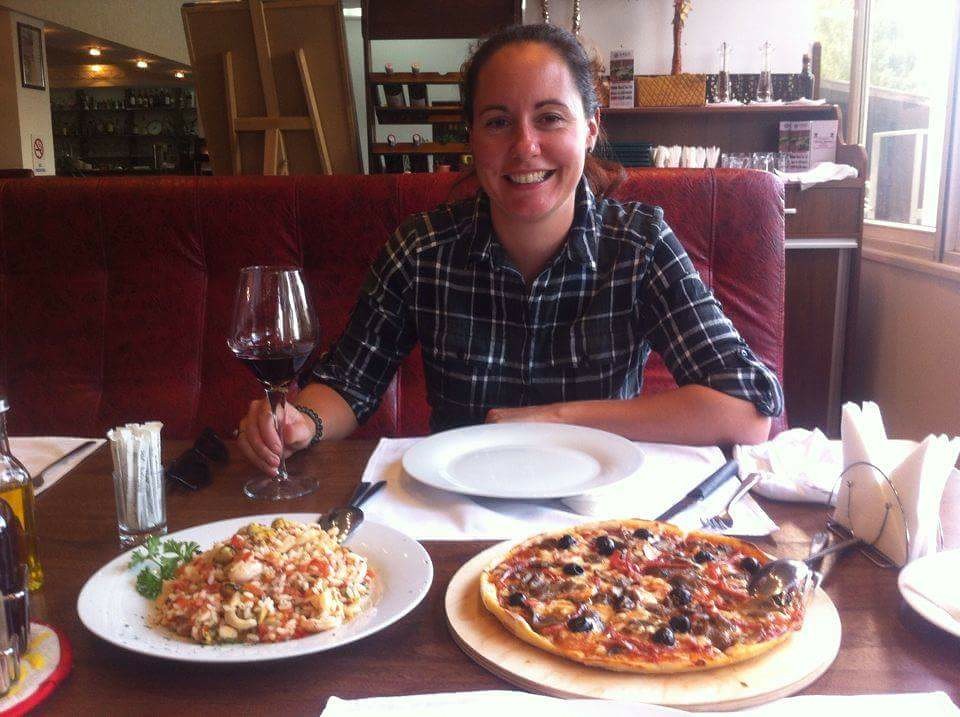 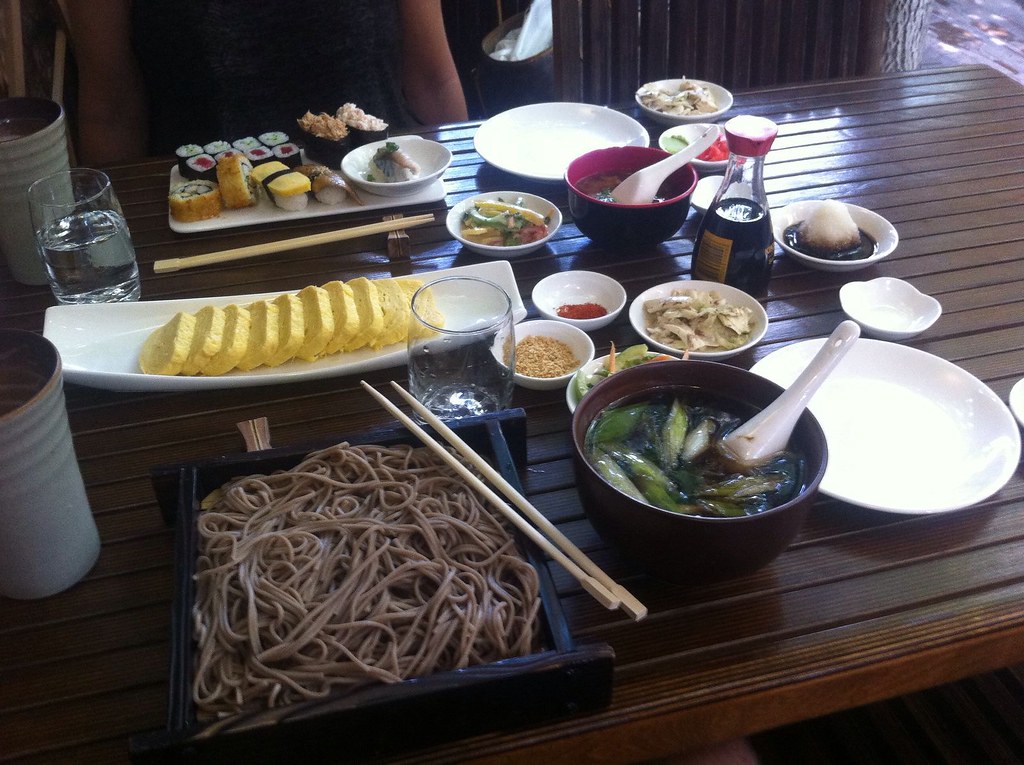 Two weeks were enough and we were itching to move on so the last couple of weeks were frustrating, going to the embasssy every day. We did meet some lovely people whilst we were there though, cyclists, foreigners and Kyrgyz people. We had some great experiences and it was a good start to our time in this beautiful country. 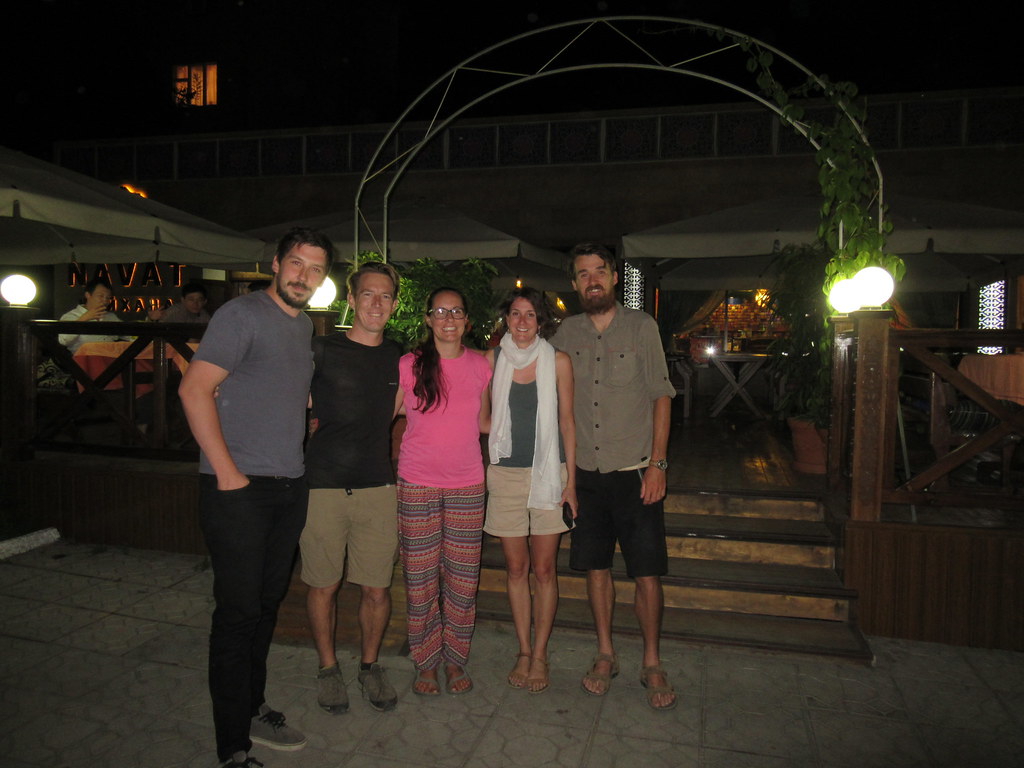 Reading other people’s blogs whilst waiting made us feel jealous we couldn’t get on with our trip too. We finally did though and wow, what a country. It is one of the most beautiful countries we have been to. The stunning nature and scenery we saw was hard to comprehend. As always I don’t think our pictures do the place justice. 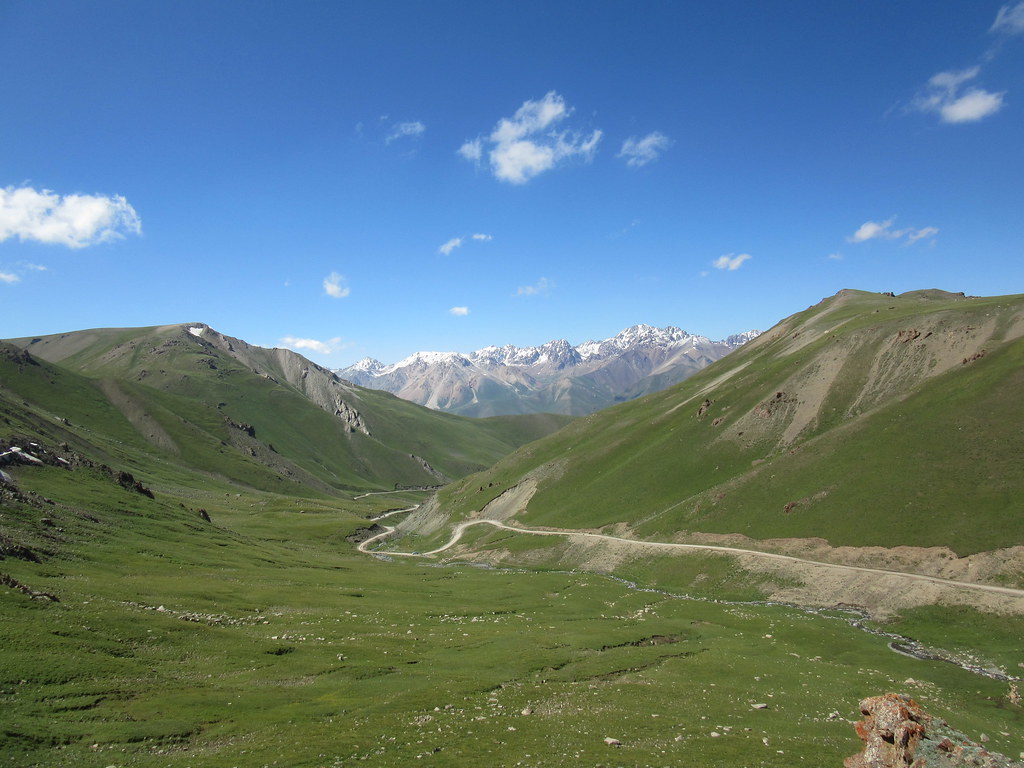 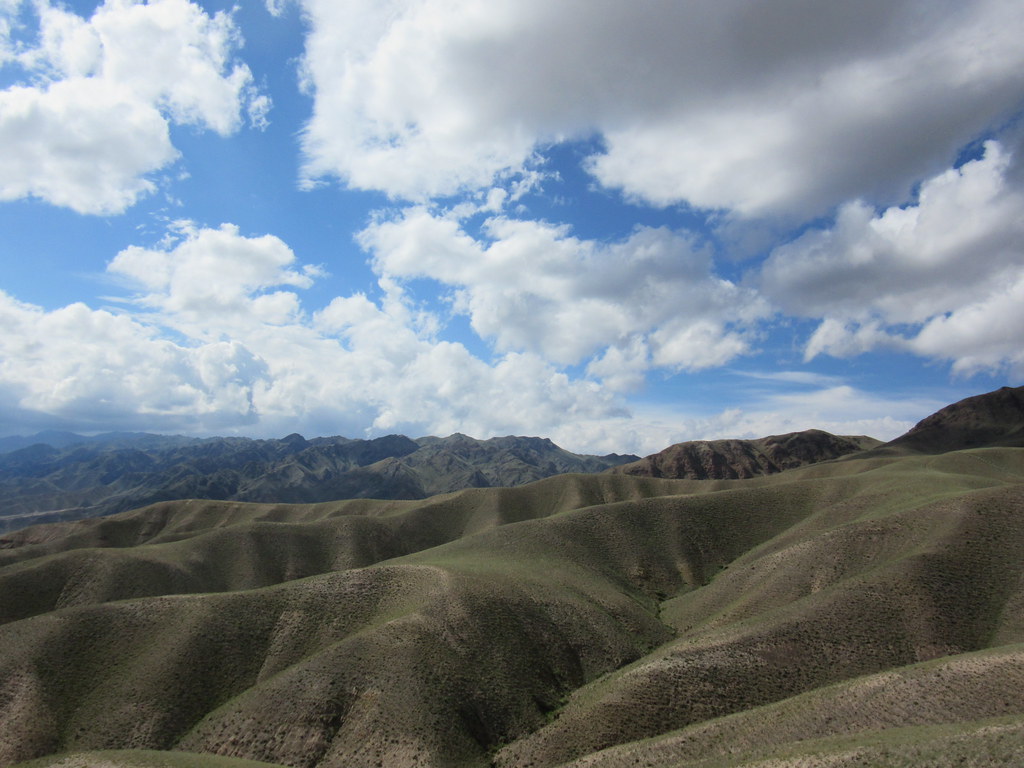 We had decided to take a harder route towards Osh, taking us up to Song-Kol (a big lake) and onto some of the toughest roads we have ever ridden. We were only discusing this yesterday, saying that those 5 days we were on unsealed/stoney roads continuously were our hardest to date (maybe we’ll be saying something different after we finish the Pamir Highway). But even with that it was just an incredible route, the ever changing landscape, the vast scale of it all, the friendly people and cheeky kids. 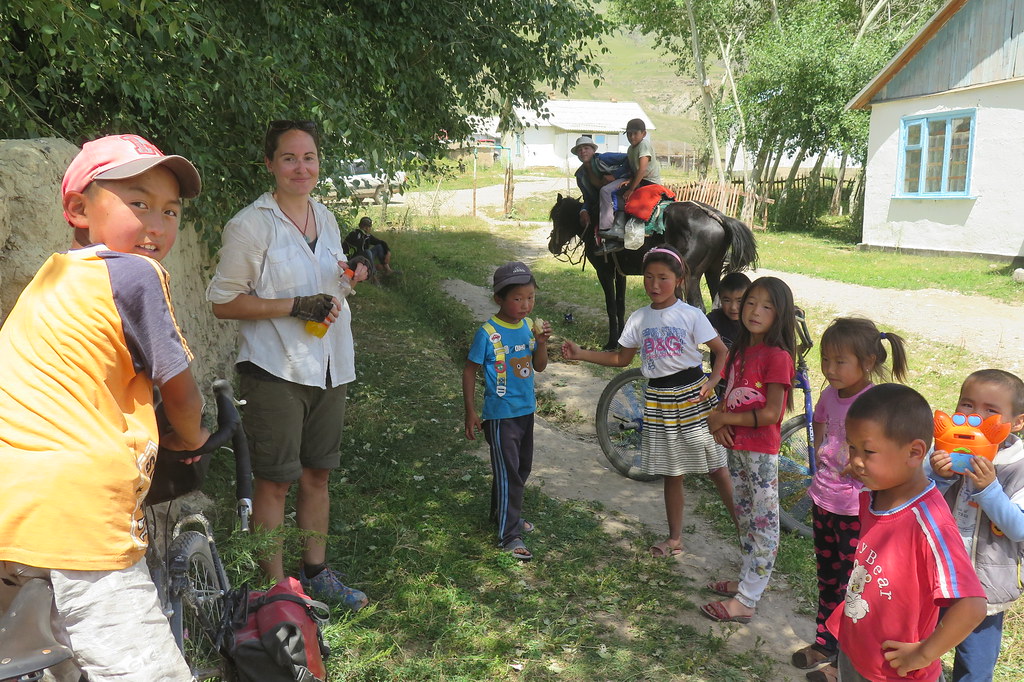 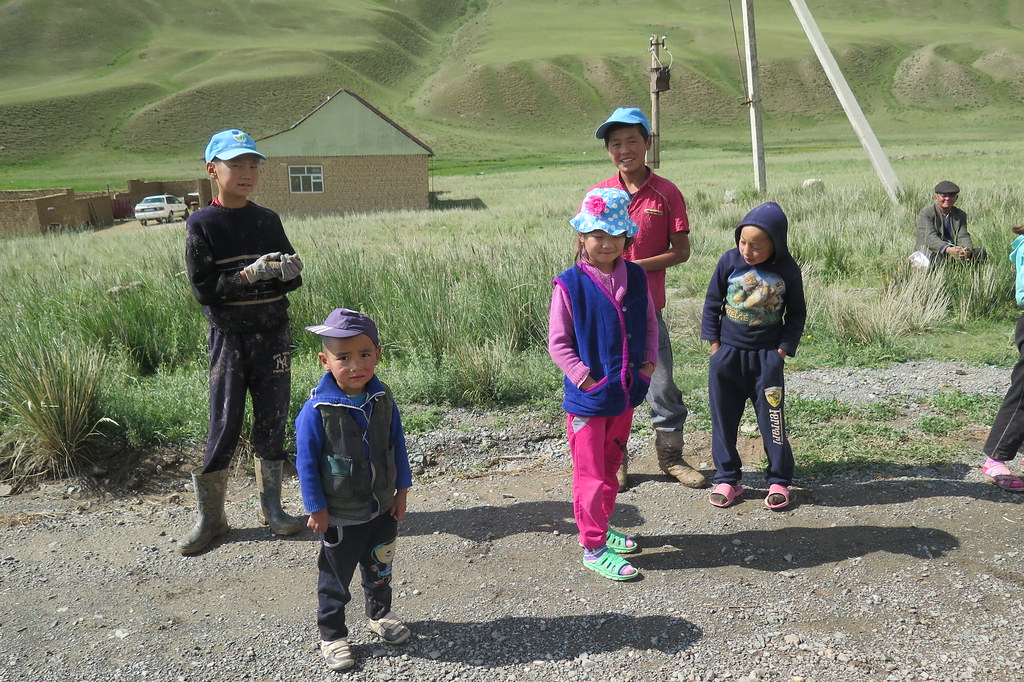 Even though there were a fair number of cars passing us each day, we still felt pretty remote in comparison to a lot of what we have cycled so far. Camping was brilliant, we managed to camp most days by a water source. We never worried about being bothered and I don’t think we had one bad camping spot. Everywhere was so picturesque. We really enjoyed camping and waking up in these beautiful places, it’s the best hotel. 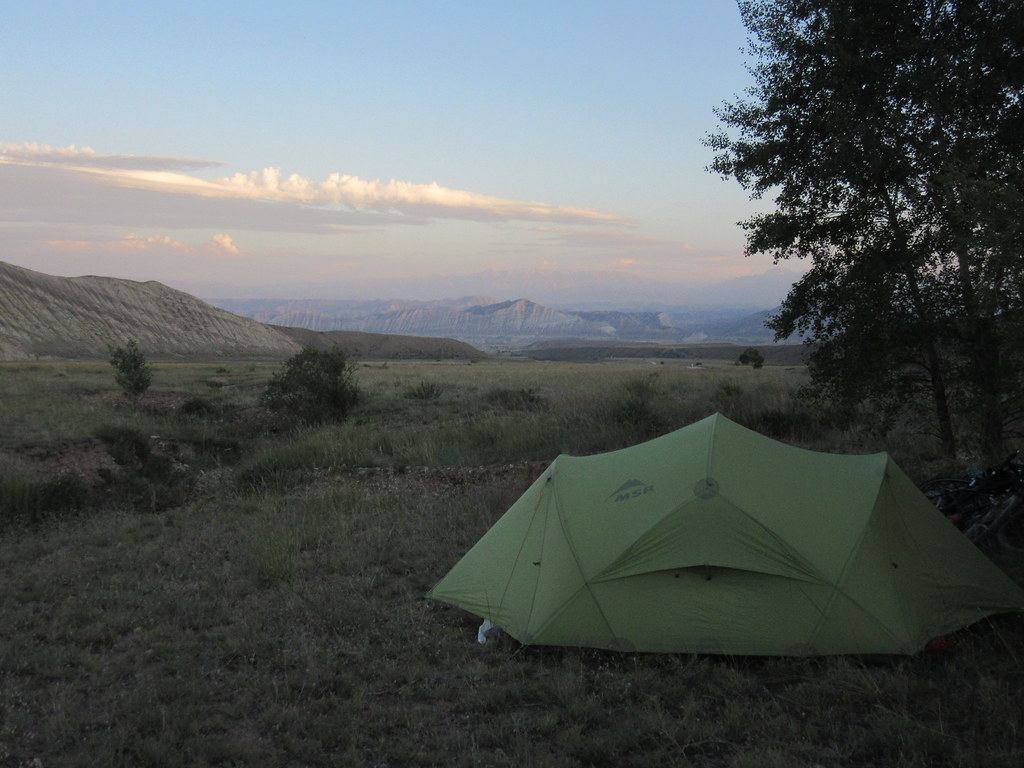 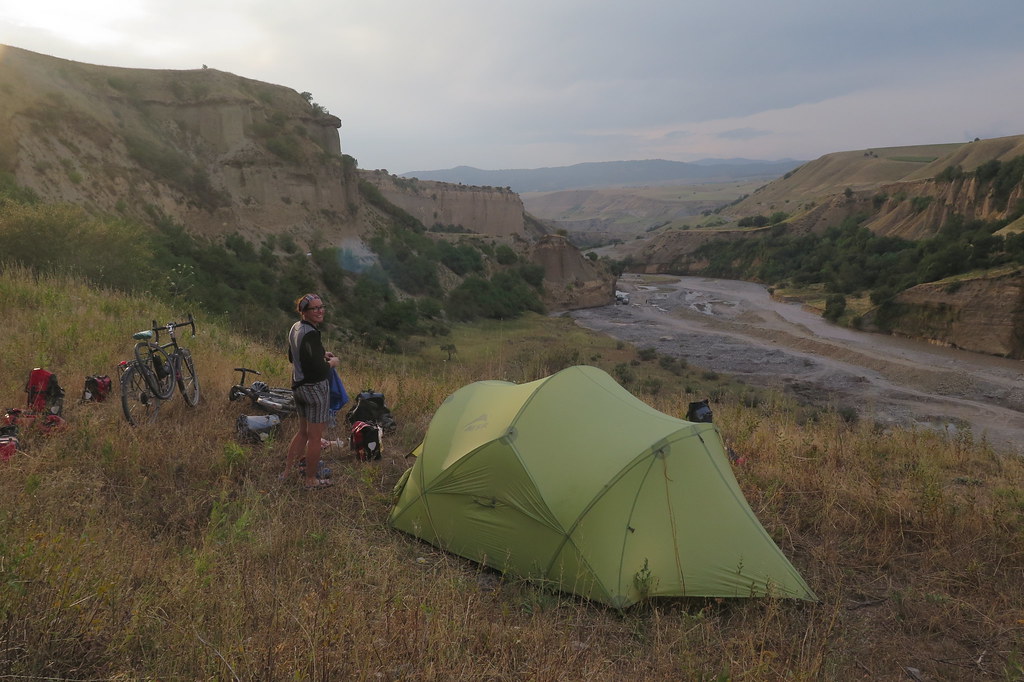 I said in our one year blog that you forget the strains and stresses of the hard bits once you reach the top or see something stunning. It’s very true but trying to get up the road to Song-Kol I definitely had a moment, not far up, of how on earth can I get up this! 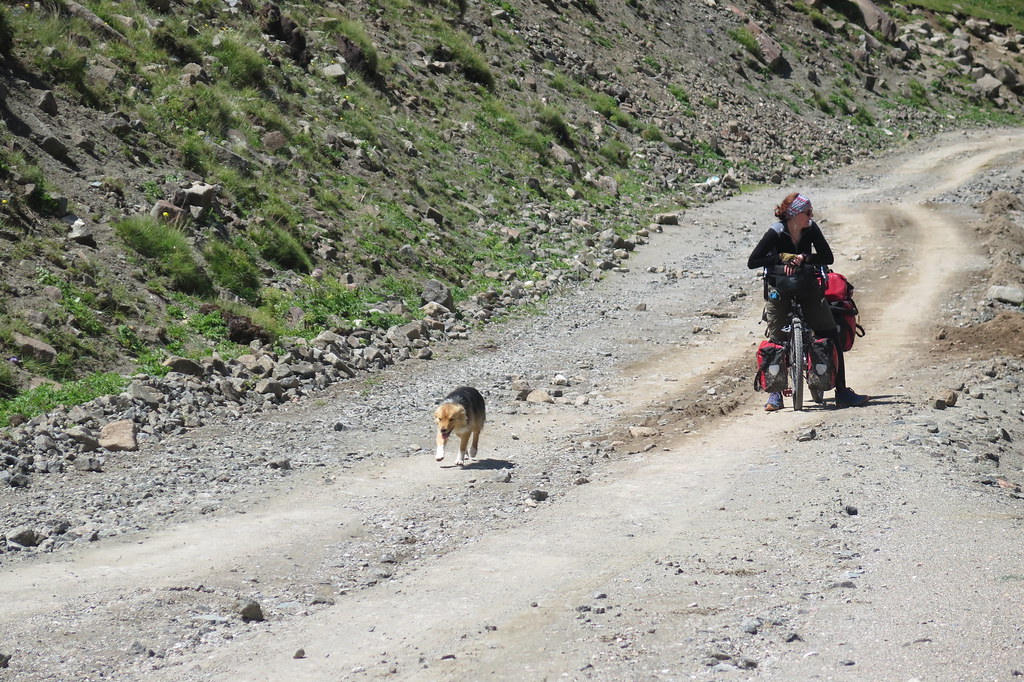 It was only a few days into our trip to Osh and it made me question why we’re doing this, especially when you see all the 4x4s whizzing past. It’s hard to get past that at the time and I do put pressure on myself thinking I should be able to do everything. In some ways we both do. We saw a fair number of cyclists taking a taxi or hitchhiking, and why not, it’s meant to be fun. That’s what I love about cycle touring there are all ages doing different length trips and doing different distances. Everyone is supportive and not judgemental on other people’s trips. Andy was still keen not to get a ride and looking back I’m glad too. 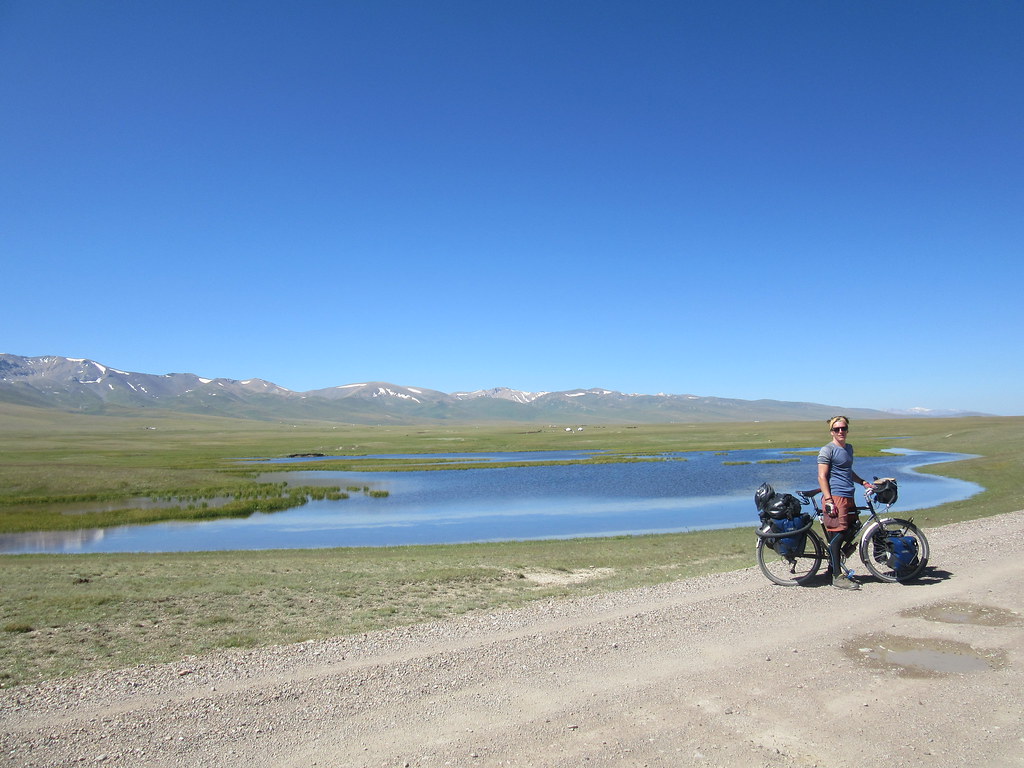 Another hard factor for this part of the trip was the weather. It was super hot, especially lower down. We were close to a town, Kazarman, we knew we were going to take a day off. It was 3:30pm and we were onto flat road (but pretty bad) on the final stretch to town and it was 37C. It made for some tough riding. The heat can just totally zap any energy. Overall we coped pretty well with the heat but we had a couple of days when it made for very hard conditions. We were lucky though with the weather and had some stunning views thanks to the clear days and only a small amount of rain. 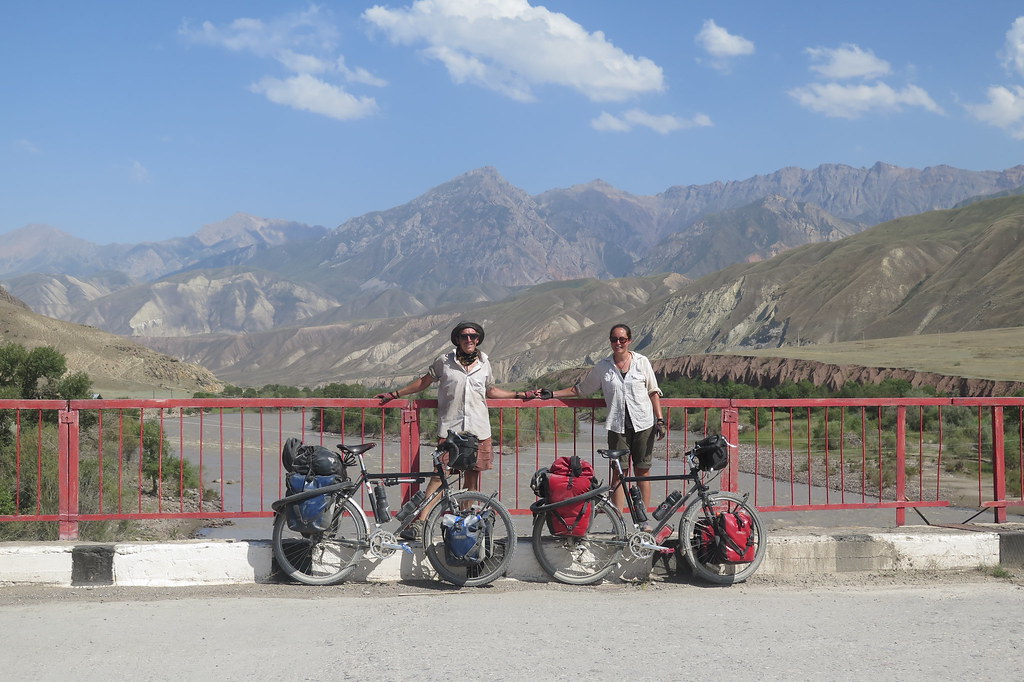 With all I’ve said so far I’m sure many of our family and friends feel I’m reconfirming their thoughts of, ‘You’re crazy putting yourself through this.’ Sometimes I might agree but the experiences we had in Kyrgyzstan were amazing and it is such a beautiful country. It’s also somewhere that is far more accessible than I’m sure many people would think. We are so glad we came here. People were friendly and helpful. The kids full of energy and we were astonished at how far their voices carried to shout out hellos or bye-byes, and that they could spot us from so far away. We did also have quite a few experiences of kids linking hands infront of us, or putting their hands out to try and stop us because they wanted us to give them money or sweets! 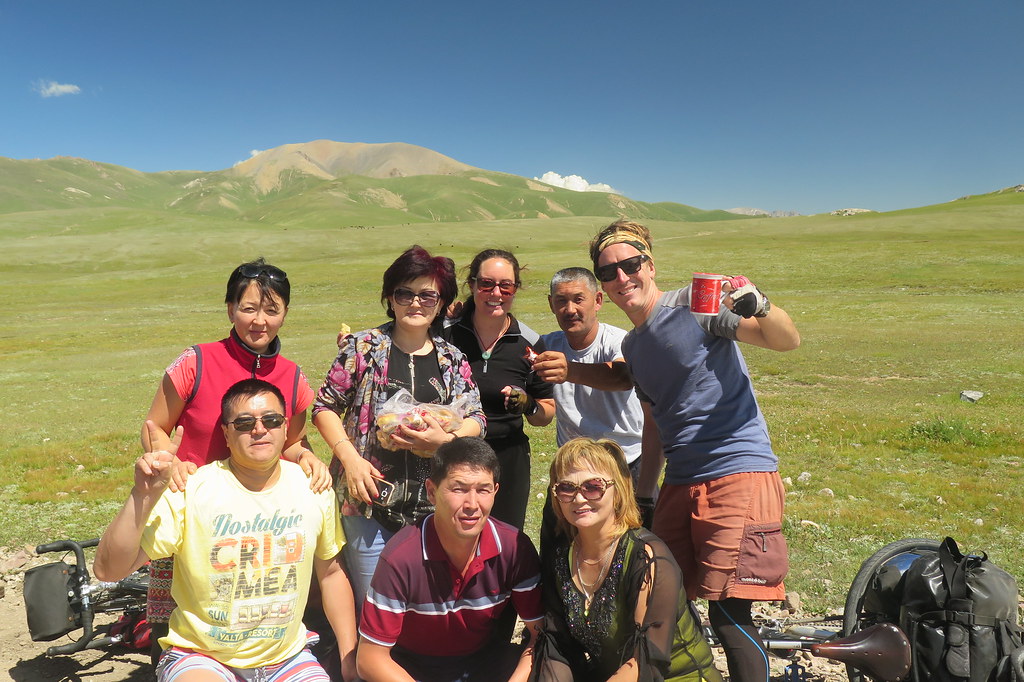 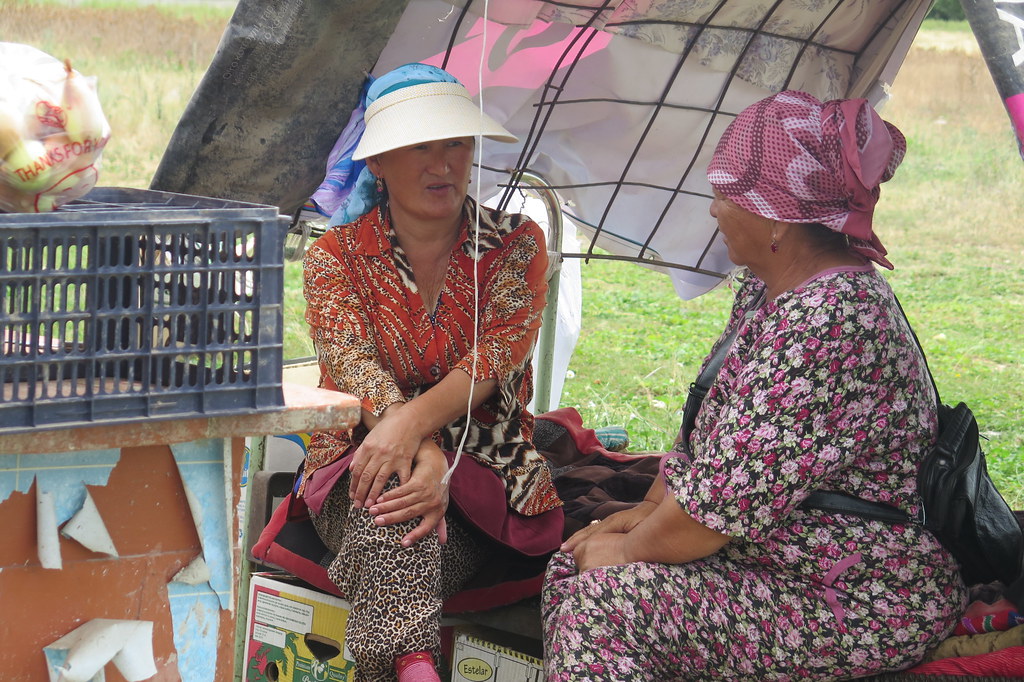 I obviously can’t write a post without mentioning food. We were warned before we came into Central Asia that the food isn’t great. After our very indulgent month in Bishkek I’m not sure we could agree but then as we left there was a lot less choice of food. It was tasty enough and we were cooking for ourselves a lot more with camping. I think as our expectations were so low we were prepared and so it wasn’t as bad as we thought it could be. Plus we bulked up in Bishkek. Sometimes as we cycle we talk about food and how we’re excited for food from other countries. We won’t be craving Central Asian food but for now it’s our fuel for getting us up those mountains. 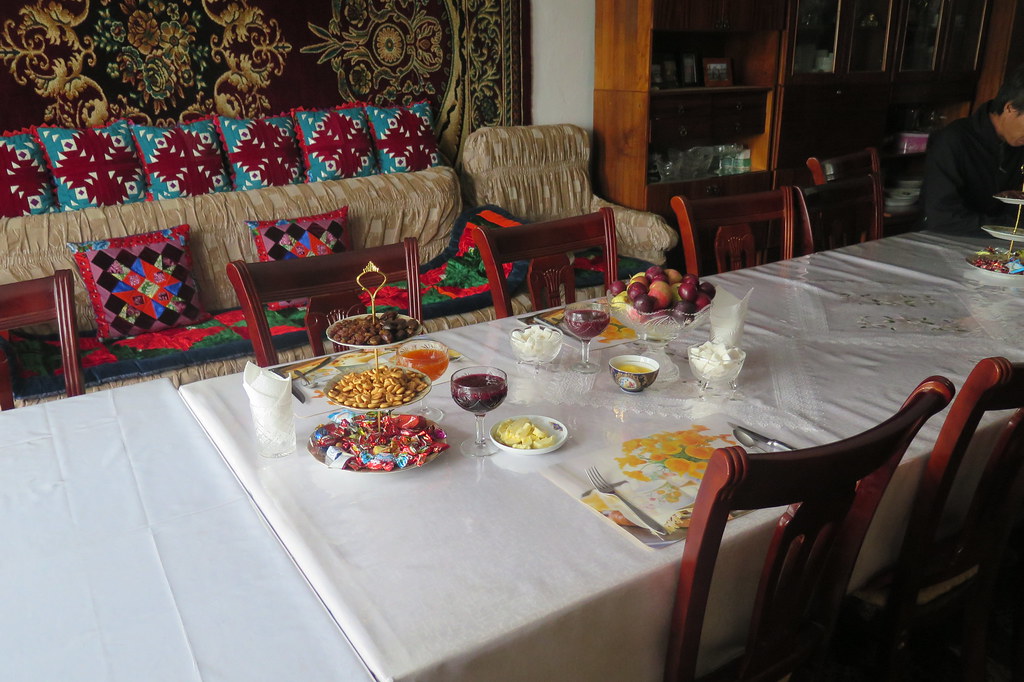 Highlight of Kyrgyzstan was definitely arriving at Song-Kol. It was a magical place high up at 3000m. 360 degrees of stunning scenery. It made the climb up all worth it. Plus we were extremely lucky to have perfect weather there. 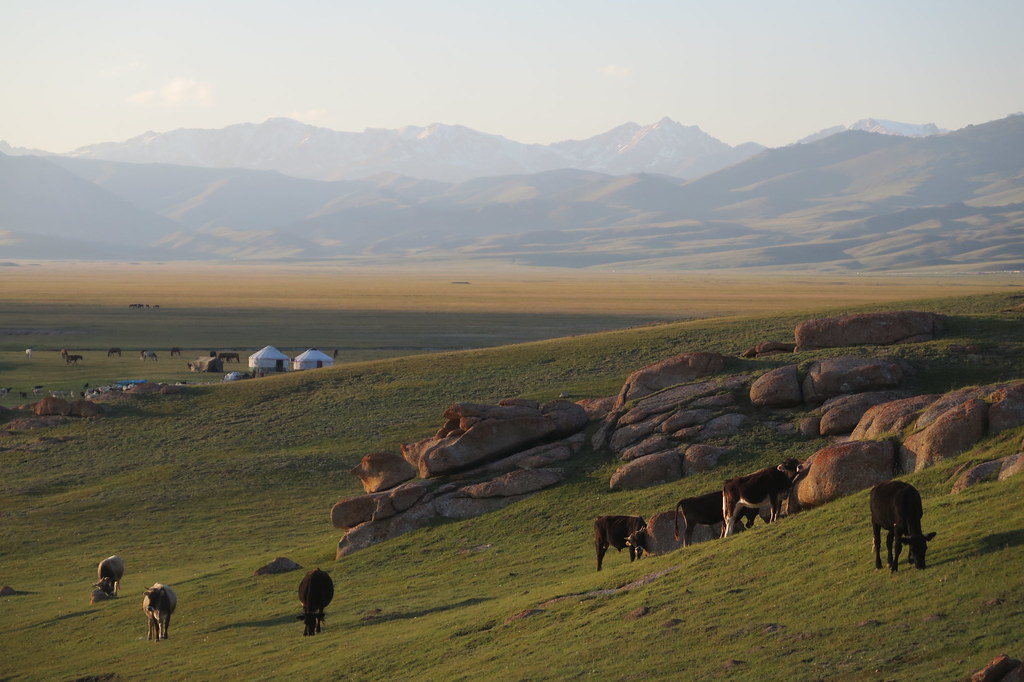 The lowlight was probably the drinking culture in Kyrgyzstan. People drink at all hours of the day and it doesn’t stop them driving. Even though we didn’t see a single accident (unlike China) people did drive quite fast. People were very friendly, even drunk, but it can make you feel a little uneasy. Also the culture in terms of roles of men and women is still very much patriarchal. Mostly Andy would be the one that was spoken to but I understand this is how the culture is here.

For us this country has been one of the highlights of the trip. We absolutely loved the scenery here and it was such a different way of life, it was so interesting to see. 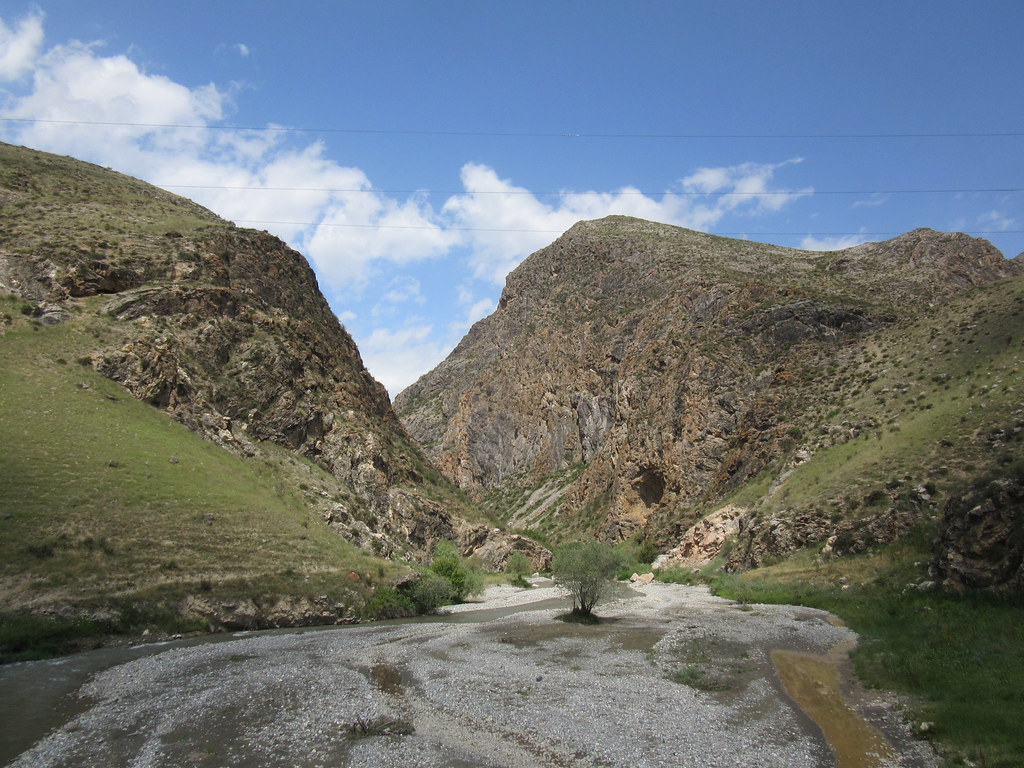 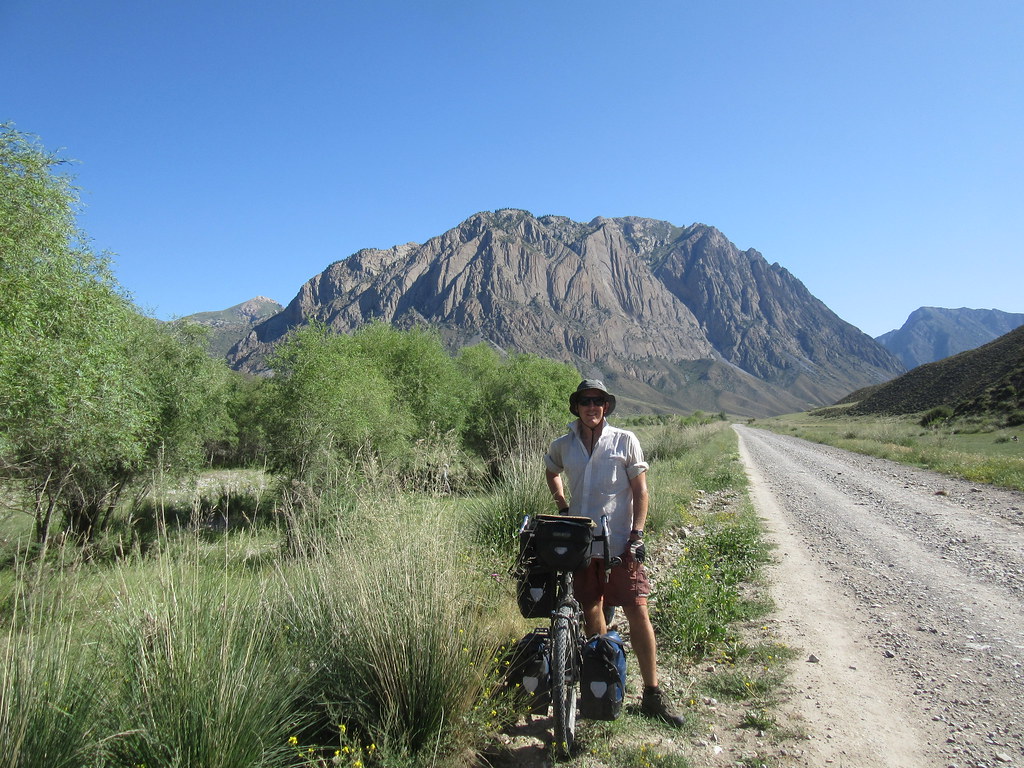 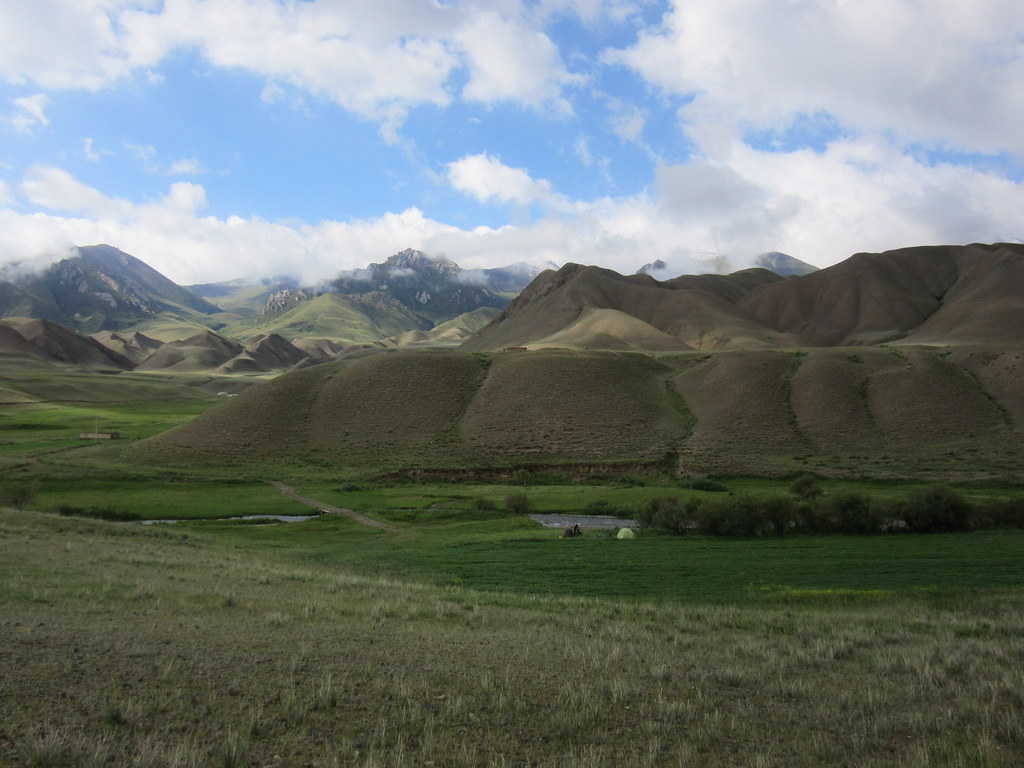