We were extremely excited to be entering Italy. A place close to both our hearts, mainly as we got married here in 2008. But considering this, neither of us had travelled extensively here and I had never been to the south. It was into more familiar territory – a part of Europe close to home, food we were used to eating, a language we could almost understand. We were happy to be in Italy and the six plus weeks we spent there definitely did not disappoint us. 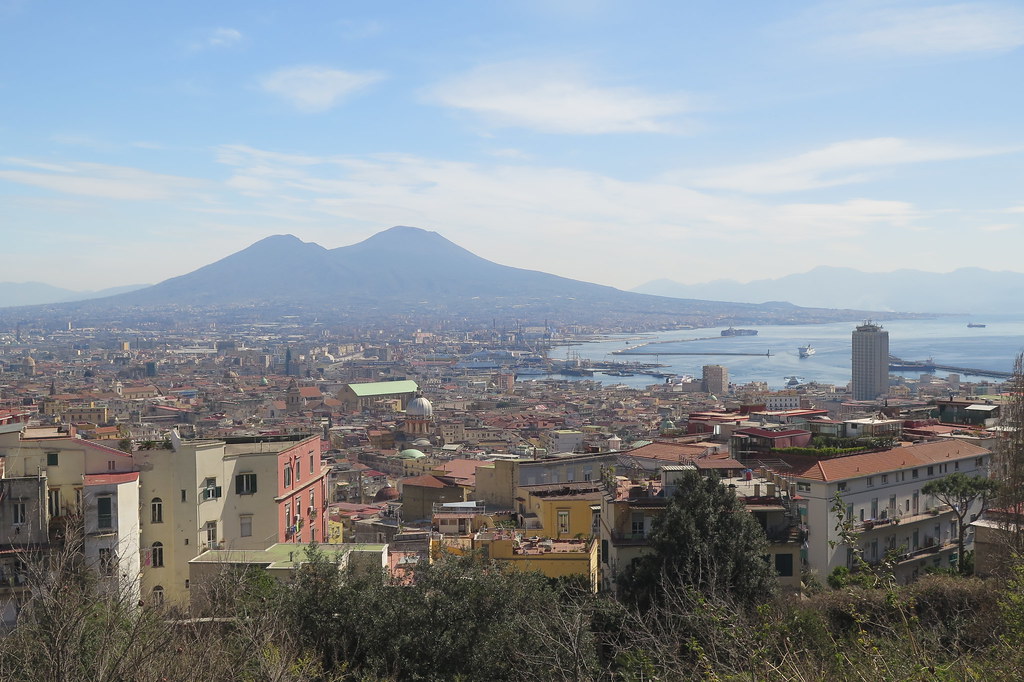 It’s always interesting to visit a country you feel you know and realise that you have only scratched the outer most surface. We hear/read/see that Italy is a very traditional country still centred around family and food, a perfect country then in many ways, but the reality of this is maybe more restrictive than we are used to, being British. It was highlighted when we stayed with a lovely Warmshowers host Valentine (who is French) and her husband Antonio (who is Italian), she shared some of her experiences of living in Italy and the shock from her friends when she didn’t do thinks “the Italian way” as in there is only one way, don’t deviate from the plan/recipe etc. 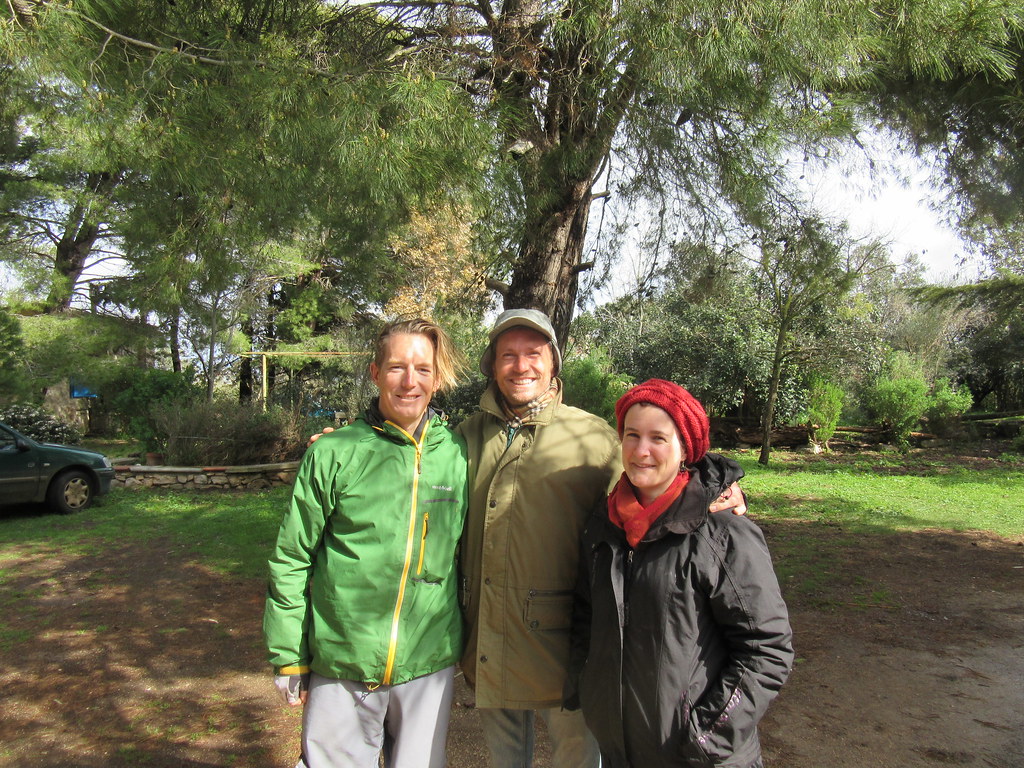 Also many Italians aren’t as adventurous when it comes to the idea of travel, and a large number would never consider even moving away from the part of Italy they are from. These are not negatives just observations which I hadn’t realised maybe before. When I thought about our trip I remembered we had met many Europeans but actually only one Italian cyclist.

I knew road cycling was big here, but I didn’t quite understand how many people cycled. It was crazy the number we saw. Mostly they were very friendly. A lot were busy training and so focused with heads down. It is so different to the way we travel, I think mountain biking will appeal more to us when we’re back in the UK rather than road cycling but never say never. 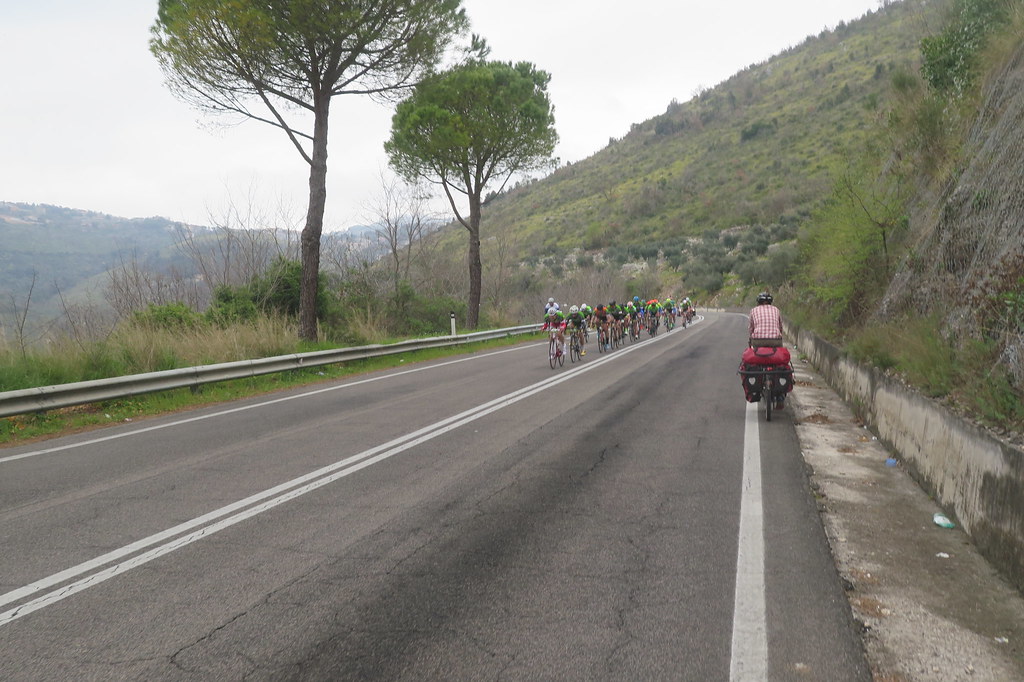 We only bumped into a couple of other touring cyclists during our time here. With so many more roads and options I’m sure there are plenty of others out there but the chance of being on the same road was much slimmer. 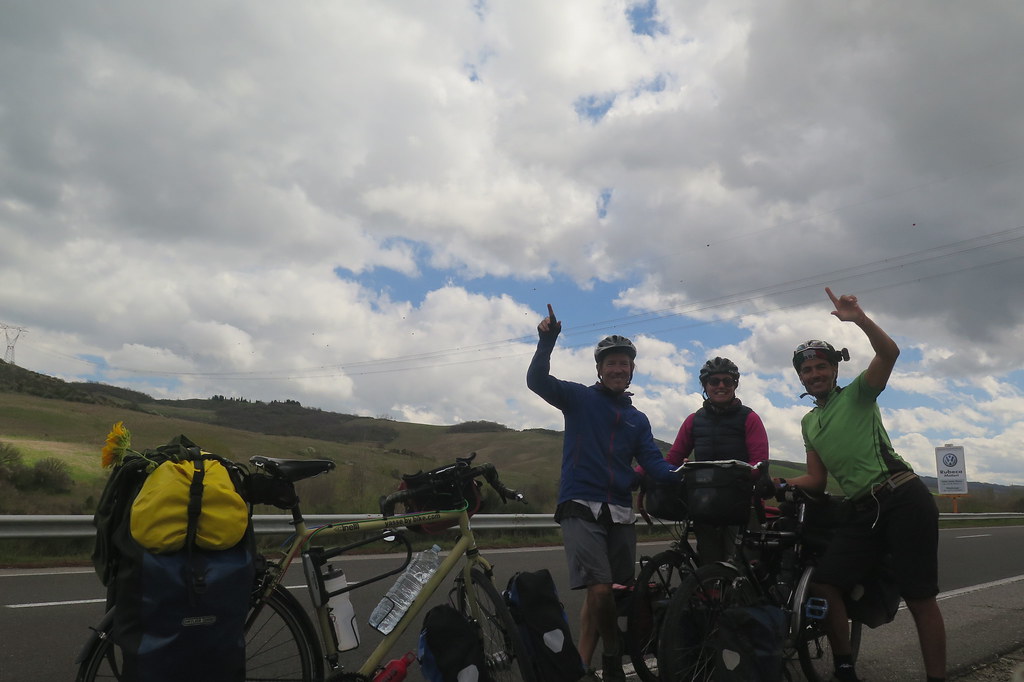 The roads on the whole were very good. We tried to stick to quieter roads which we felt very safe on. Italy is a very hilly country and there are many hilltop towns, which are stunning but hard work to get up to. The gradient up to most places was not too steep but most days consisted of ups and downs. 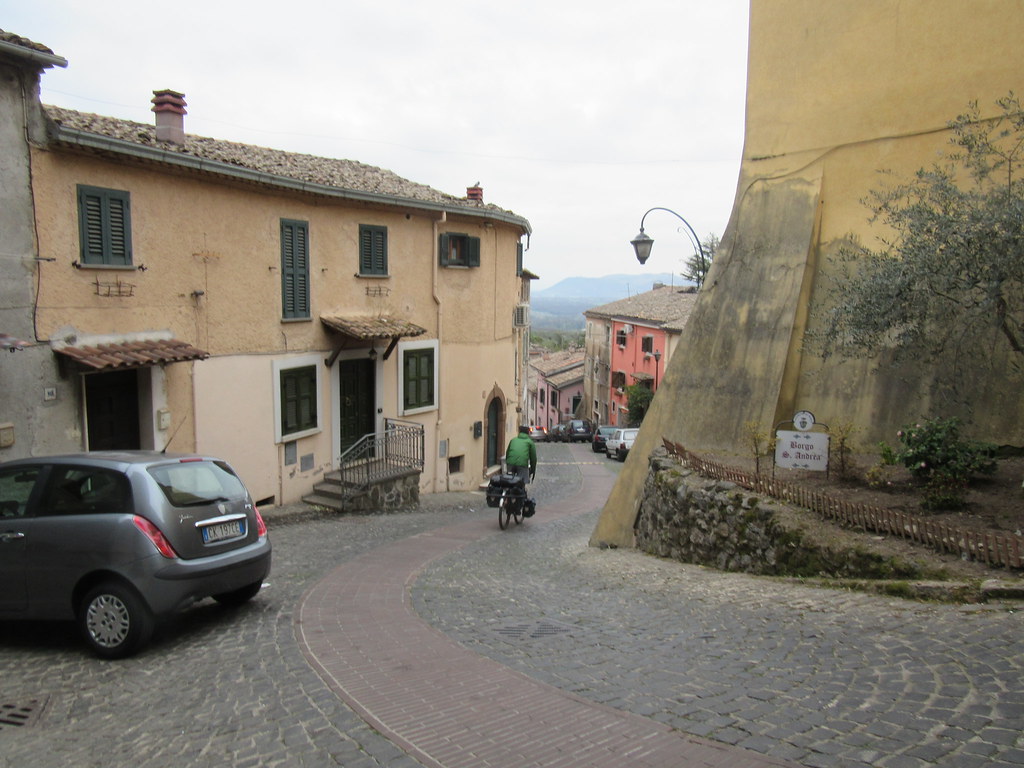 It was stunning though and as always as long as you are rewarded with beautiful views it makes it all worth it. The hillside towns offered pretty buildings and squares, we could always rely on being able to find a water source and a cafe if we fancied a break. 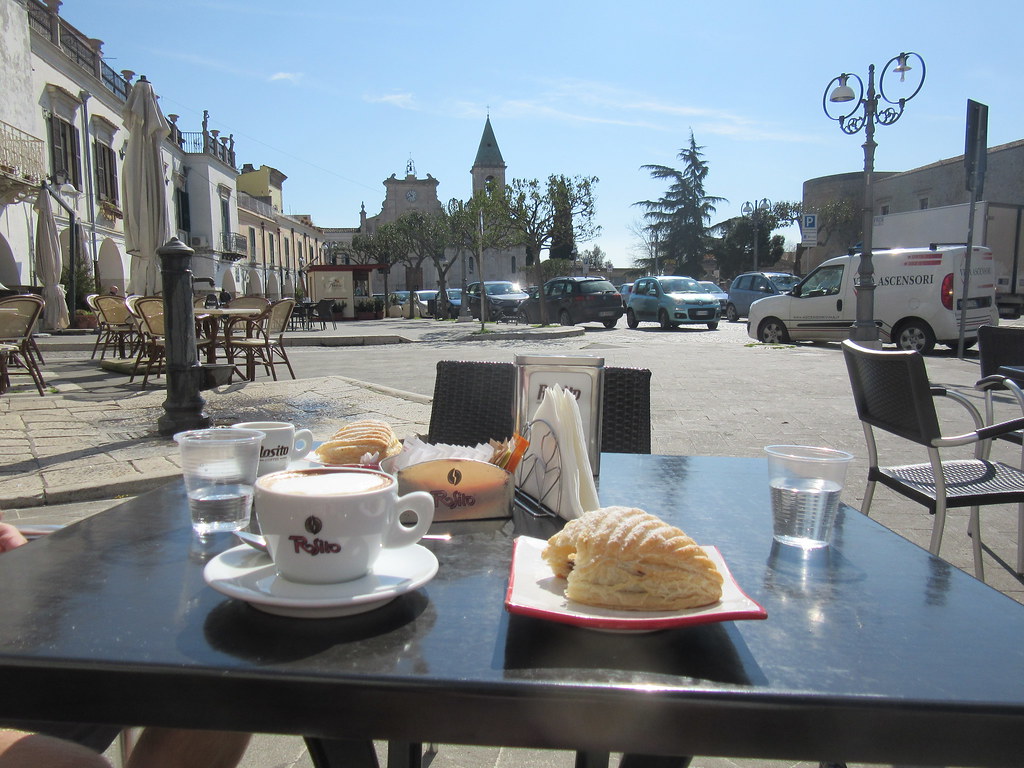 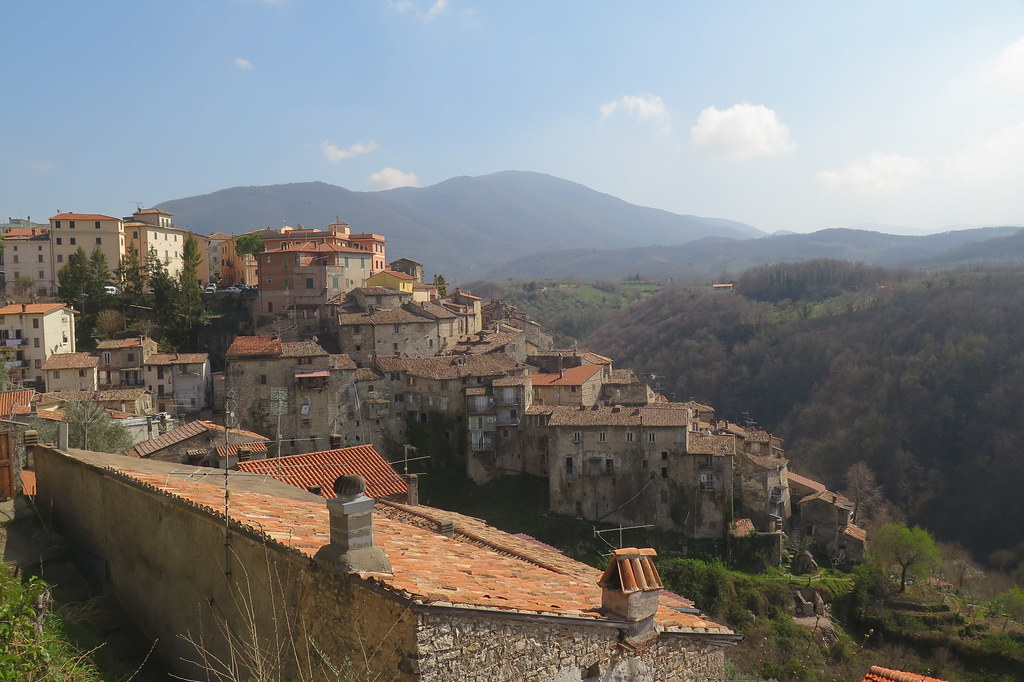 We were surprised at the lack of wifi though, especially in the south but throughout Italy we struggled to find much wifi in cafes and restaurants.

Going back to roads briefly, when we were on country roads which led off from the motorway I was shocked to see prostitutes in laybys waiting for customers. I wasn’t shocked there were prostitutes but I had just never seen them advertising themselves in this way so it was strange to see. I’m not sure why this is that different to the UK where they are on street corners but for some reason it was. Or maybe after living in Japan and it not being so in your face it was a shock, who knows.

With moving into Europe we have had to try and camp more than previously. Luckily in Italy we found it really easy to find camp spots, or maybe we have just become better at finding places. Usually beaches are our go to for easy camping. In Italy this is not true at all because a lot are privately owned, signs up for no camping and a fee to enter the area. We actually had planned not to be by the sea much, for once. In the hills it wasn’t a problem at all. Lots of small roads and patches of woodland or rivers to camp in or by, it was perfect and made camping really enjoyable. 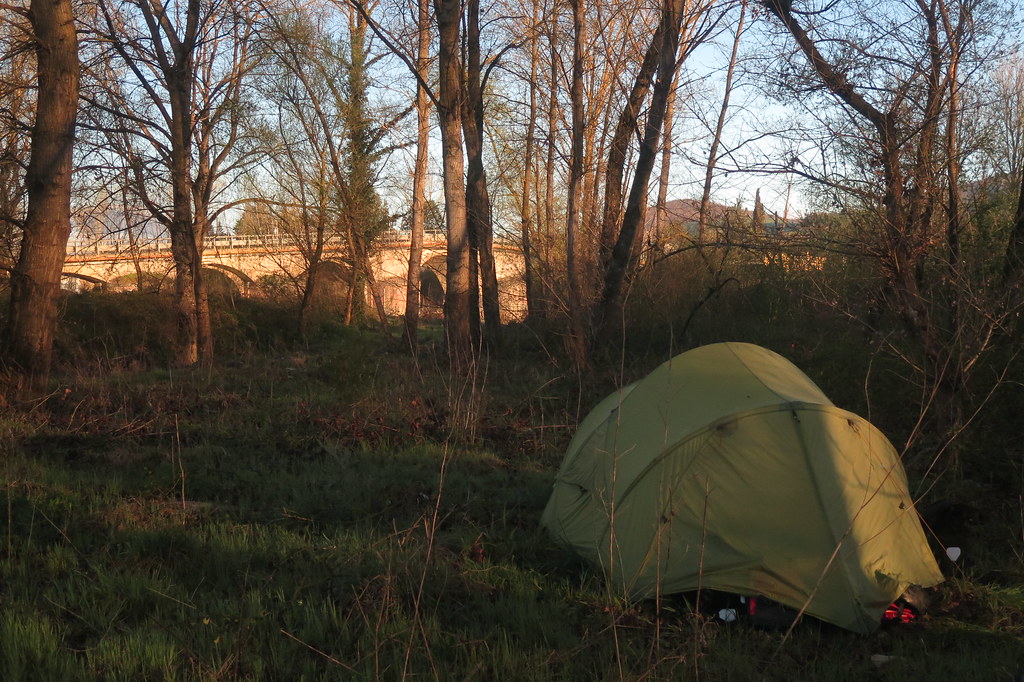 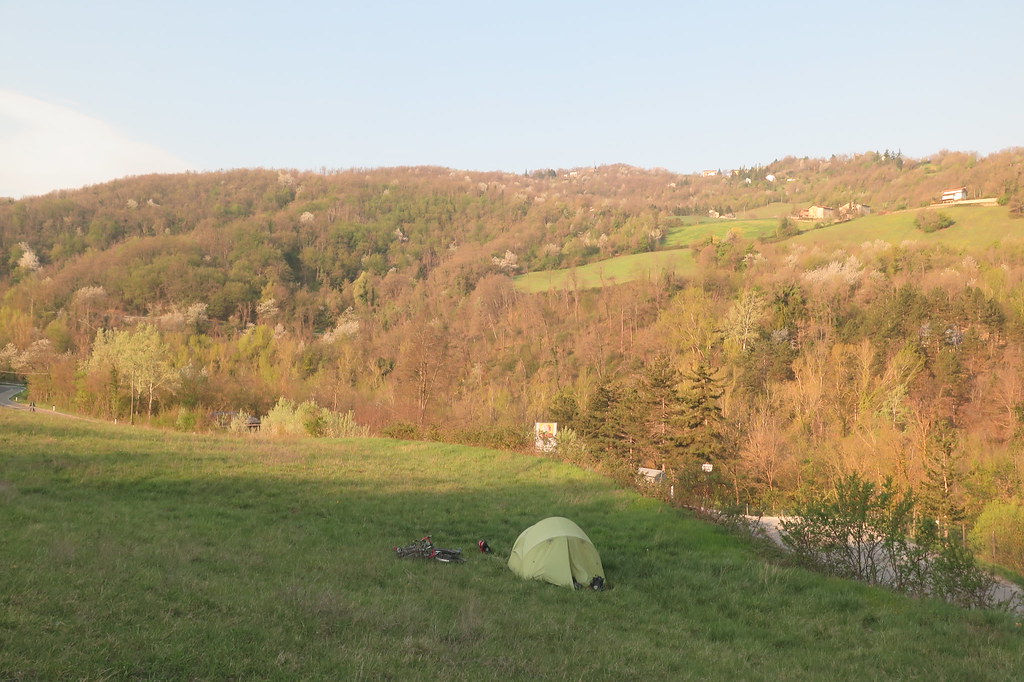 Whilst camping we saw and heard way more animals than we had from any other country. The funniest was when we heard loud rustling outside, which always sounds louder and the animals always sound bigger. Andy went out to see what it was and couldn’t see anything. The loud rustling started up again, so he went to check, what was it?…lots of hedgehogs! Ahhhh scary hedgehogs. They were very cute and close to the tent in the long grass. We’ve heard/seen wild pigs, foxes, deer, noisy frogs, insects, rabbits, peacocks etc. 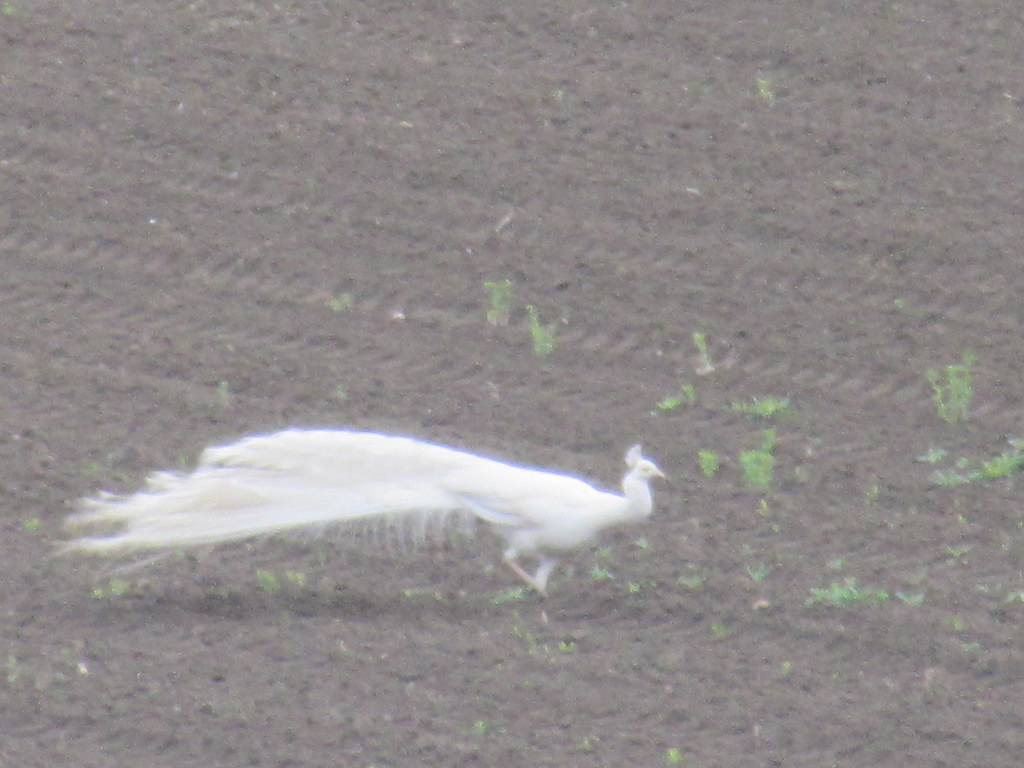 Thinking of scary times in the tent, a couple of days into Italy we camped between quite a few busy roads up on a hill. It had been quite windy but nothing the tent couldn’t cope with. Just as we were settled reading, a sudden storm came in and bent the tent in half. Andy had to go out (obviously I couldn’t!!) and peg everything down properly, and I had to literally push the tent back out. It came and went within 20 minutes but with it cracking a pole and the torrential rain it was the one time I was genuinely scared feeling so vulnerable to the elements. Weather is never to be underestimated and we made sure from then on we would only camp in more sheltered spots. 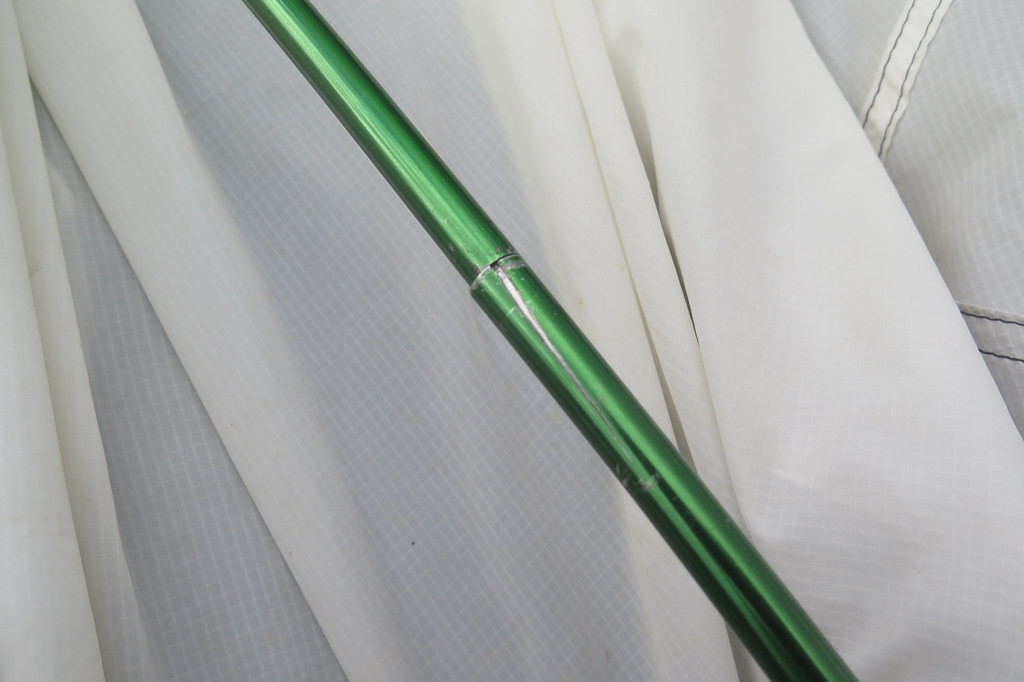 Coming into Europe we blend in a little more than in Asia! We therefore expected not to really get too much attention from complete strangers so were surprised when people made kind gestures or wanted to chat. It didn’t happen loads but it was lovely when it did. We did find that this happened more in the south than the north. People always talk about the difference between the two and it is very true there was a different feel in each. I guess that’s when you realise travelling by bike at a slowly pace is a great way to see a place as you manage to see so much more. Another way we managed to understand more about Italy was staying with Warmshowers hosts. Without this network we realised we wouldn’t have had the same experience, with camping and not really eating out much we could go for days without talking to any locals. Warmshowers offered us the opportunity to chat to people and learn more. We had some of our best Warmshowers encounters here and I’m hoping we will stay in touch with many of them. 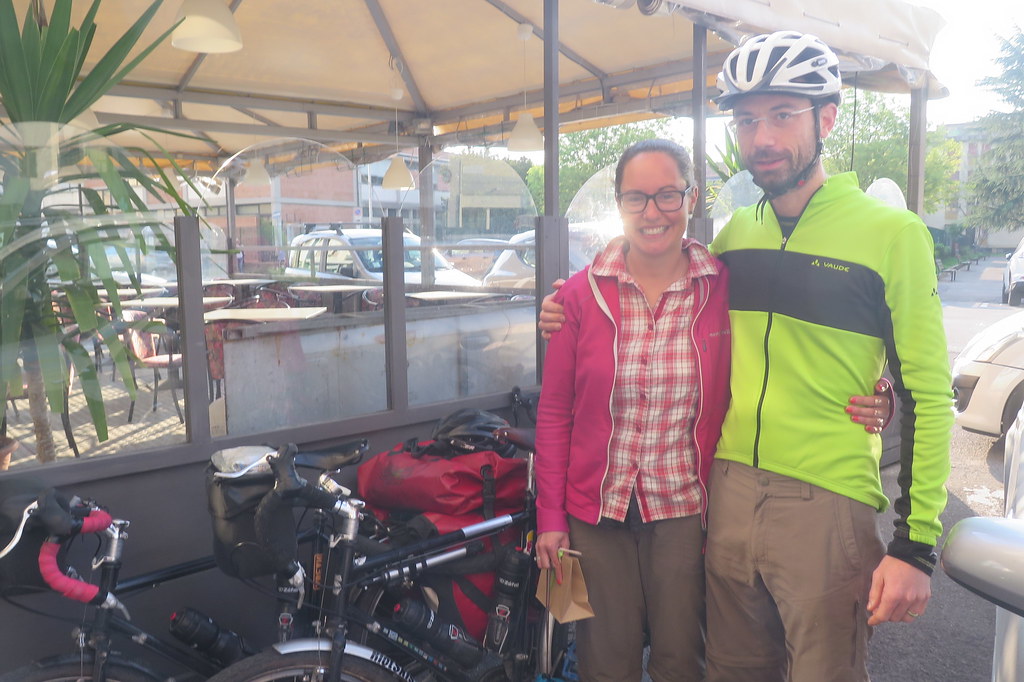 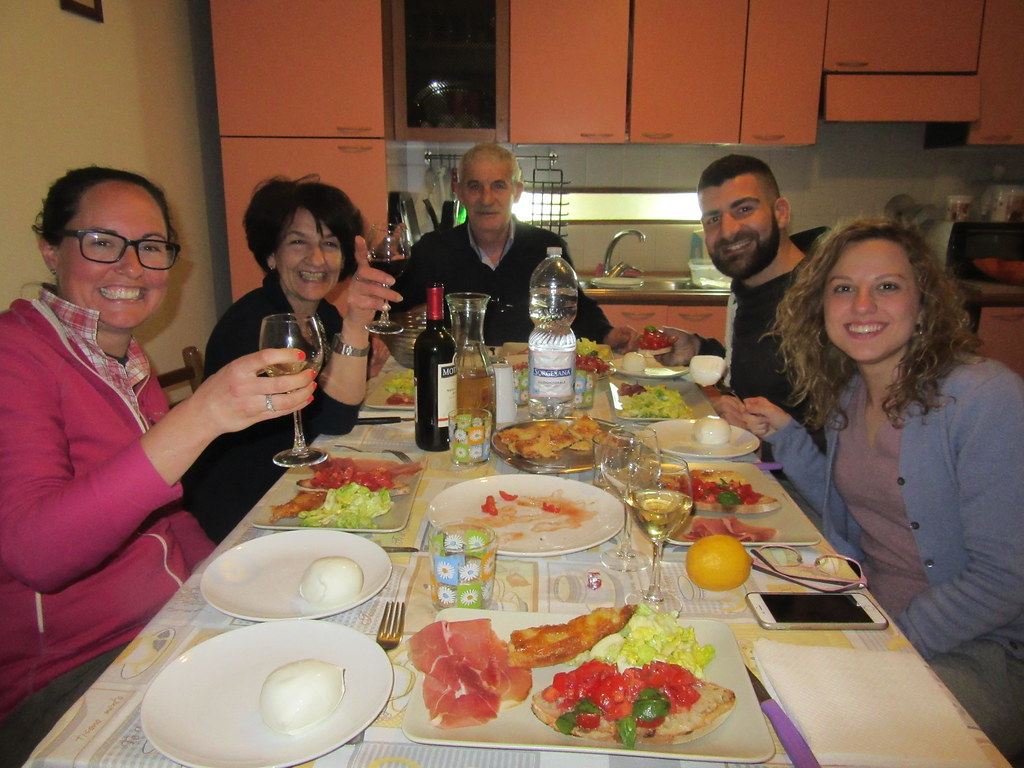 Another big difference between the regions is the food and wine that is famous in each. We felt like we needed a map with the areas and what food and wine was produced there. Andy also wanted a list of pastas that matched sauces, a big no no to mix the wrong two together! Considering we didn’t eat out too much we made the most of delicious fresh ingredients to cook our own meals with. 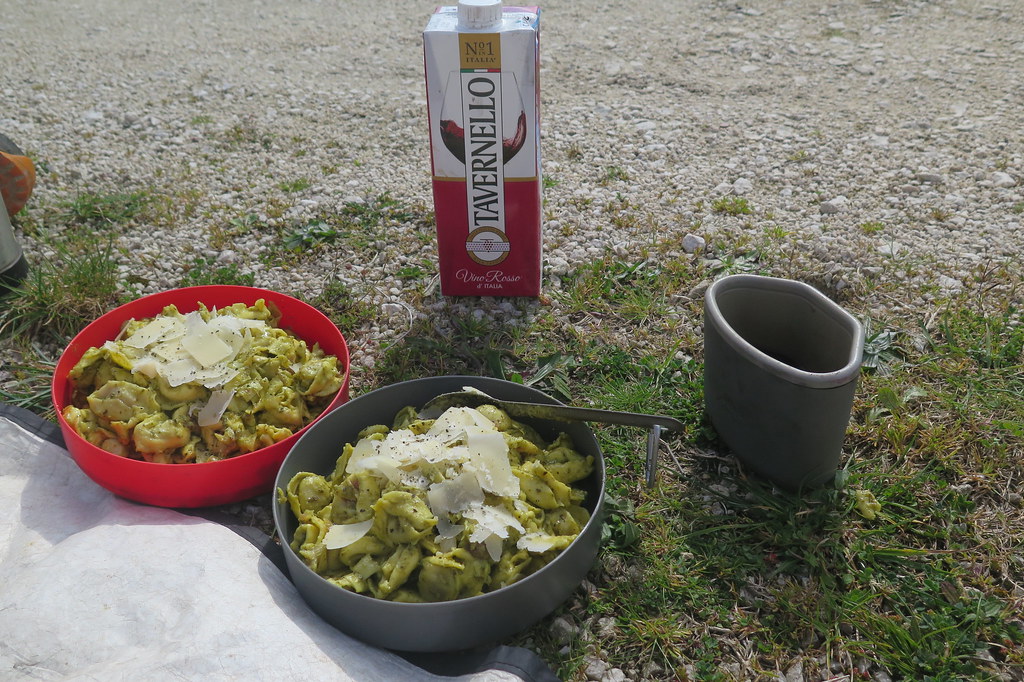 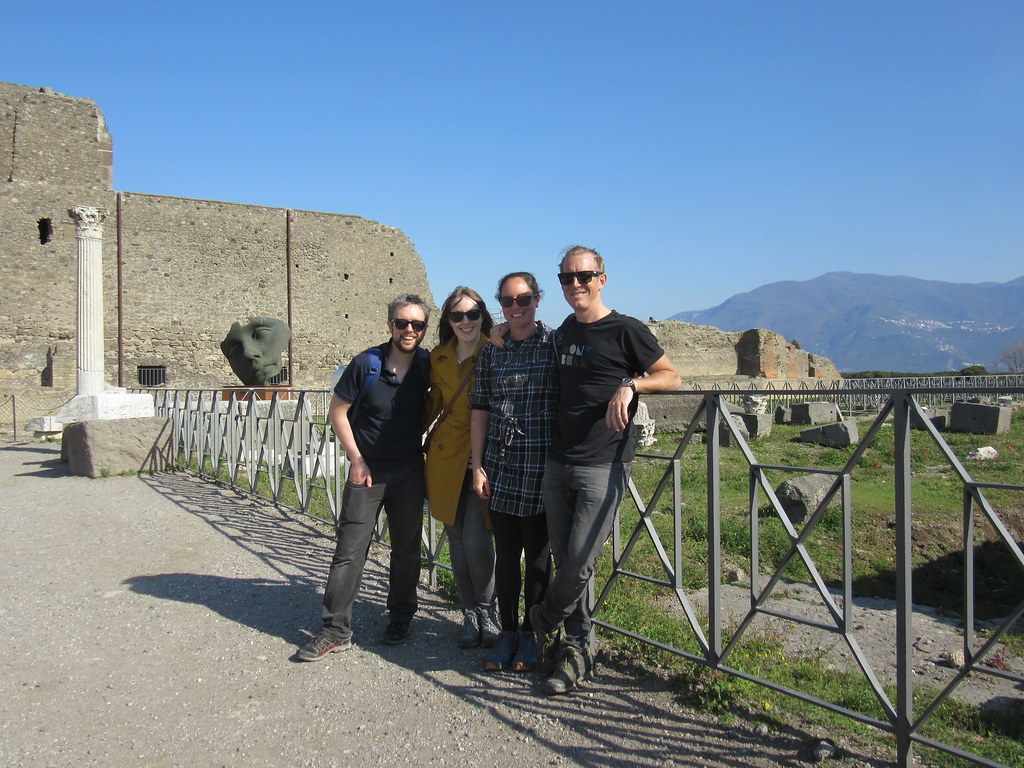 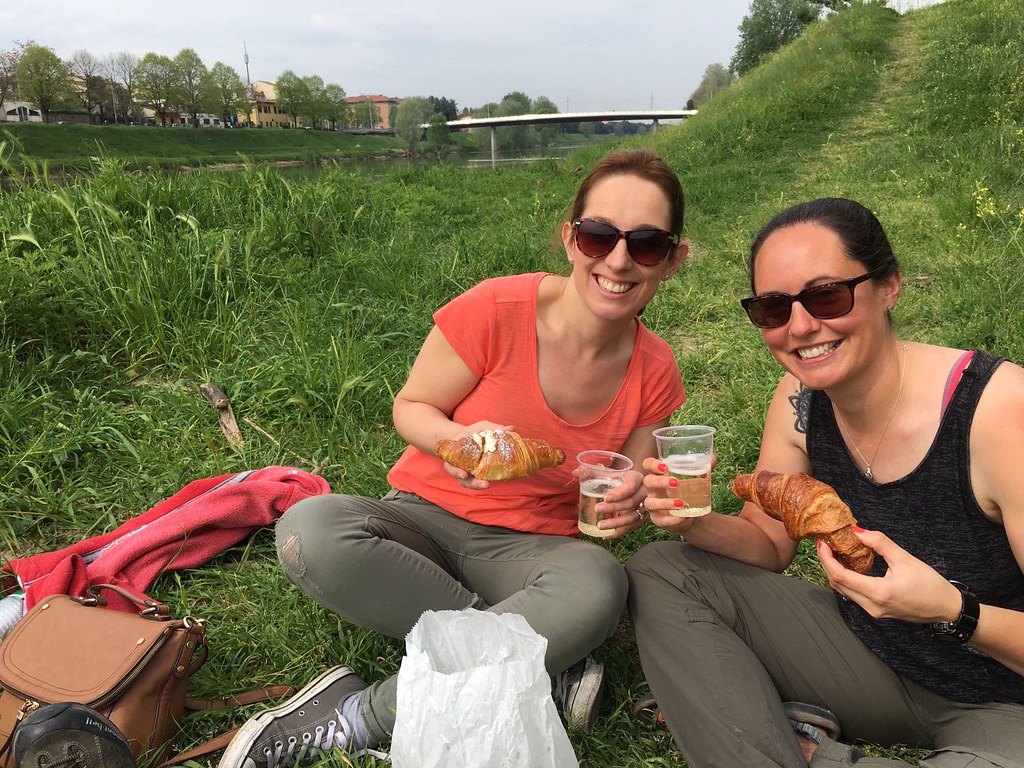 Firstly we massively appreciated them coming out to see us and secondly it gave us a good excuse to have a few days off the bikes and go and sample some food from restaurants. It really was fun to see them all and be a tourist in the cities, otherwise we had decided to mostly avoid too many big cities to cycle through. 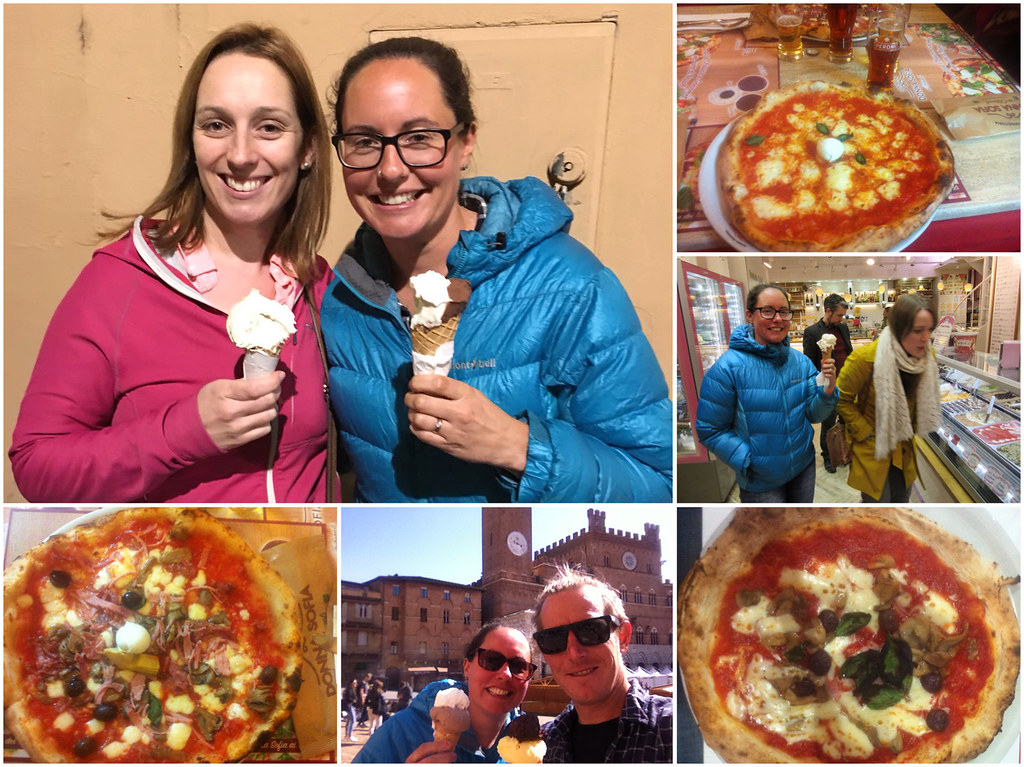 Related to food. We found it frustrating that in smaller towns there were no supermarkets open in the afternoon and not at all on a Sunday. It just meant we had to plan a bit more and have some spare meals just in case. Otherwise it was lovely to have so much variety in shops and cook slightly more nutritious meals.

We had some mixed weather to start with but thanks to our Warmshowers host, Valentine, we avoided the worst of the rain. As we approached Naples we had beautiful weather which pretty much continued for the majority of our time in Italy. A few colder days when we felt awkward sitting in fields killing time. It’s funny how sitting out in the sunshine feels normal but sitting out in the cold people would stare thinking we were mad. On the whole the weather was perfect, thought we did have a lot of headwinds cycling. Probably the most we’ve had so far on the trip! 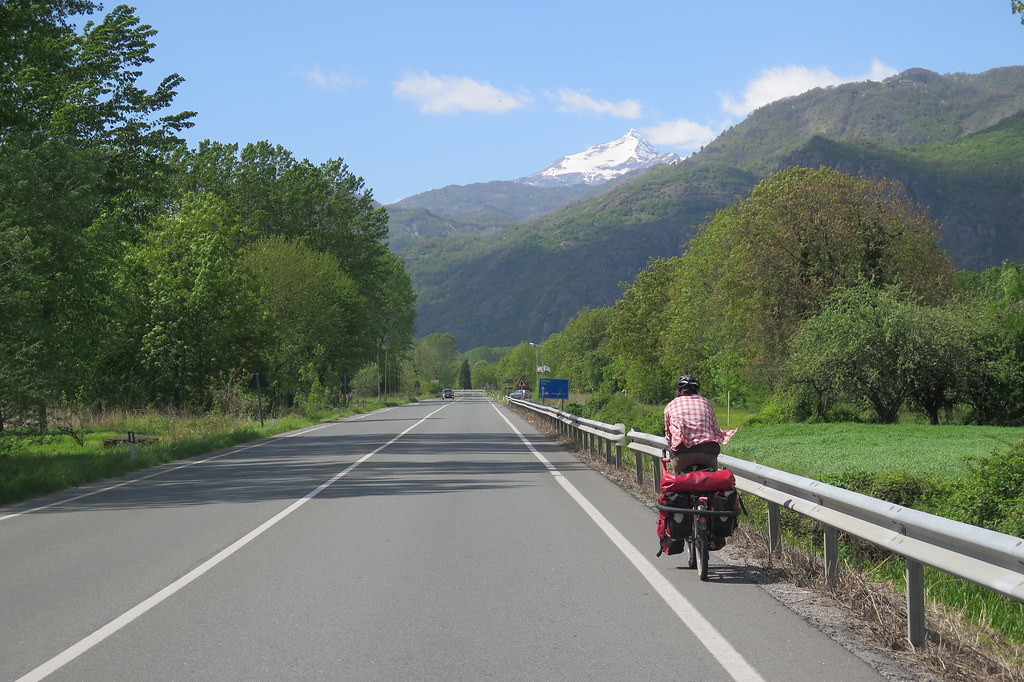 It really was lovely being back in Italy after nearly 9 years and nice to be somewhere more familiar. The adventure from the trip has mostly gone now with being back in this area but it was still very fun. There is still so much more to explore of Italy and we look forward to returning in the future. 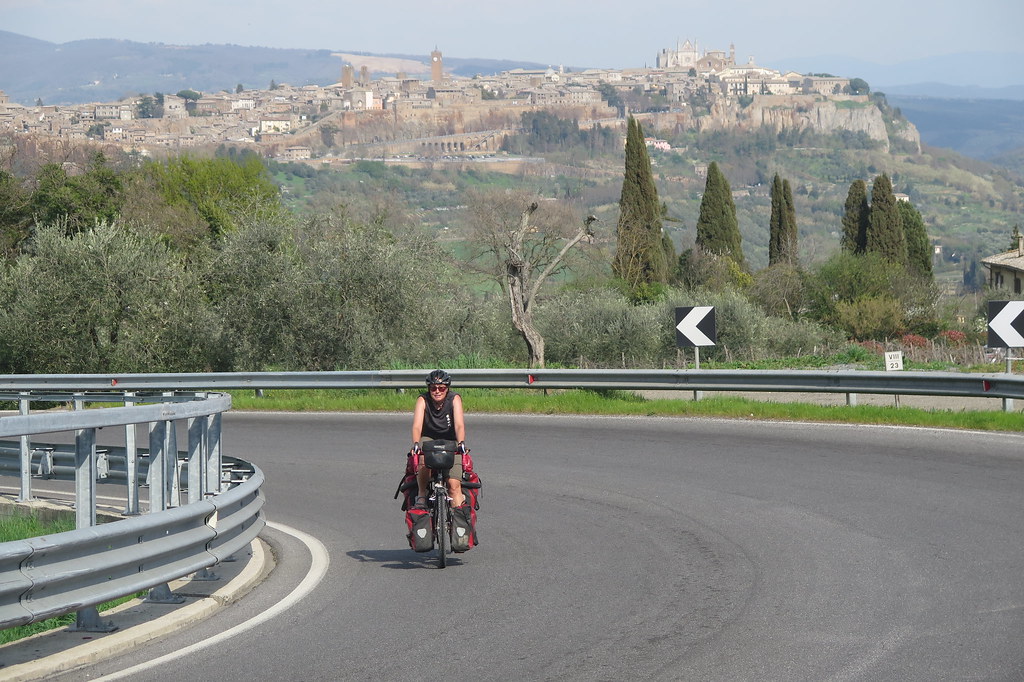 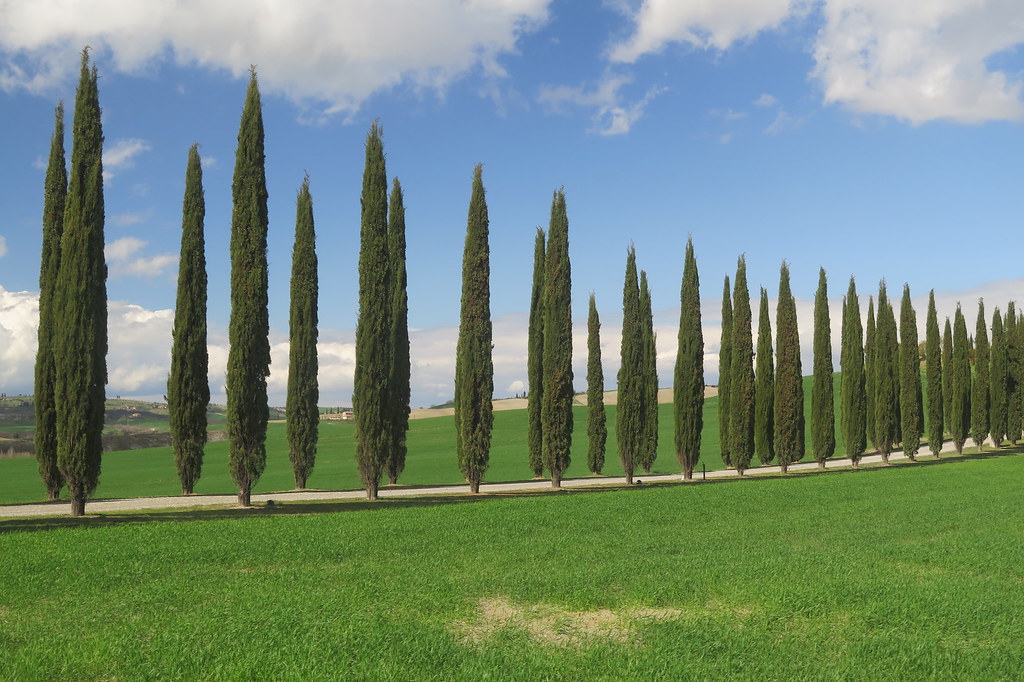 On a random side note. Being Italy, especially when we were in the cities, we felt a little more self conscious about our smelly worn clothing. Italians pride themselves on their dress sense so we didn’t quite fit in. I am looking forward to being home and having more than 2-3 choices even though it has been great not buying clothes for a couple of years and away from the pressures of society and fashion.

Highlight, we thoroughly enjoyed seeing our friends but going back to Malcesine where we got married and cycling there was really special. It was so nice to be back and remember some of the best days we’ve shared together. 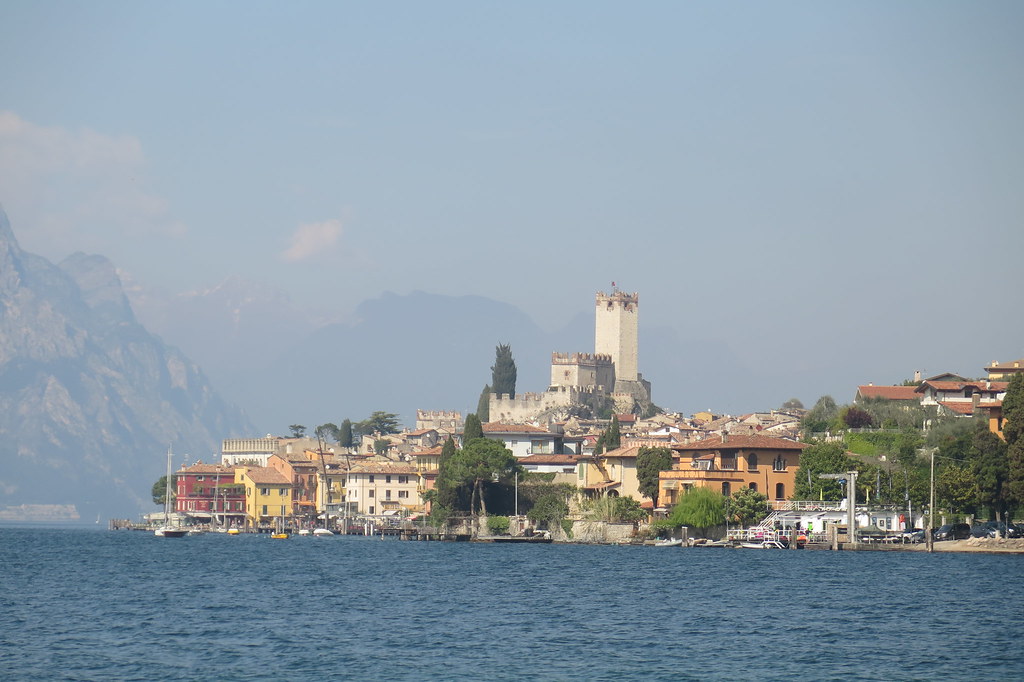 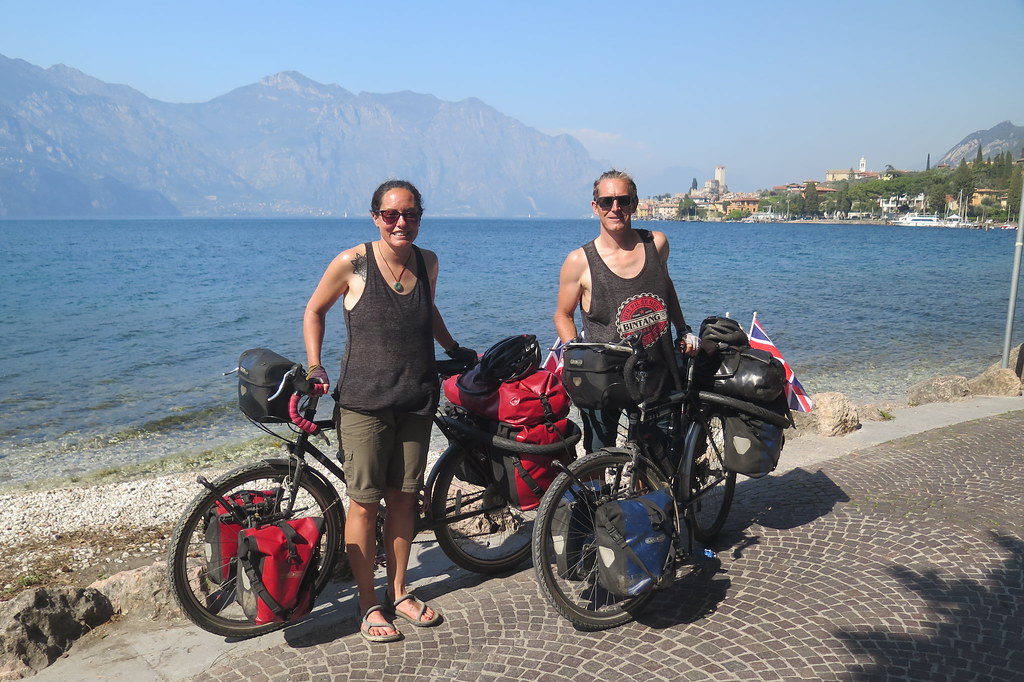 Lowlight, has to be the storm that broke our tent pole. Luckily MSR were great and replaced the section of pole, and then Suzi kindly brought it out with her, so it’s all fixed now.