The ride down from our camp spot in the Hakkoda mountains was an easy 30km downhill. Halfway down we stopped at a museum and cemetery for a Japanese Army expedition that was caught in a blizzard in those mountains in 1902. 199 soldiers were killed in what is still the worst mountaineering disaster in modern history. 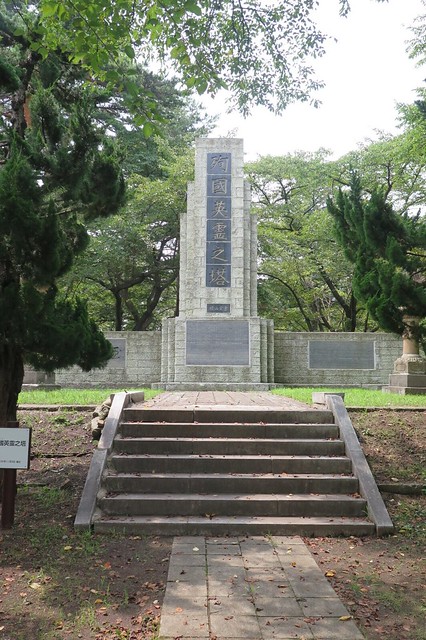 We coasted into Aomori city and rode all the way to the harbour. There we spotted a nice seaside park where we’d plan to camp for the night. We cooked up some lunch there and had a snooze under a shelter before we headed into the city for the festival. 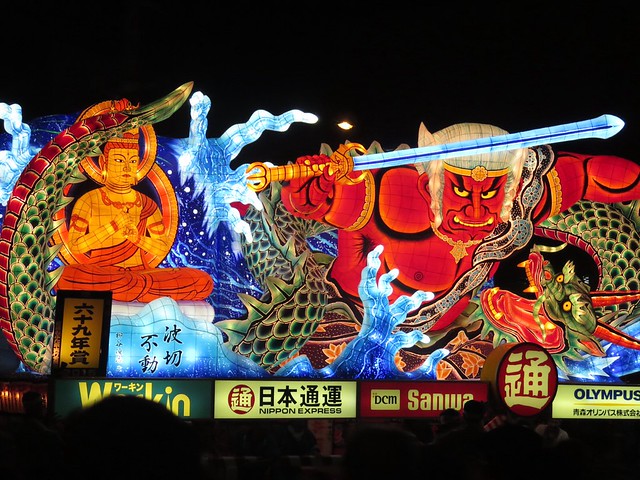 The Nebuta Matsuri is one of Japan’s most famous festivals, drawing tens of thousands of visitors to the city in early August. Huge illuminated floats parade around the city centre after dark with drummers and dancers encouraging the crowds to join in. It was an entertaining few hours and we randomly ran into another friend from Iwamizawa, Adam, who we shared a beer with while watching the display. 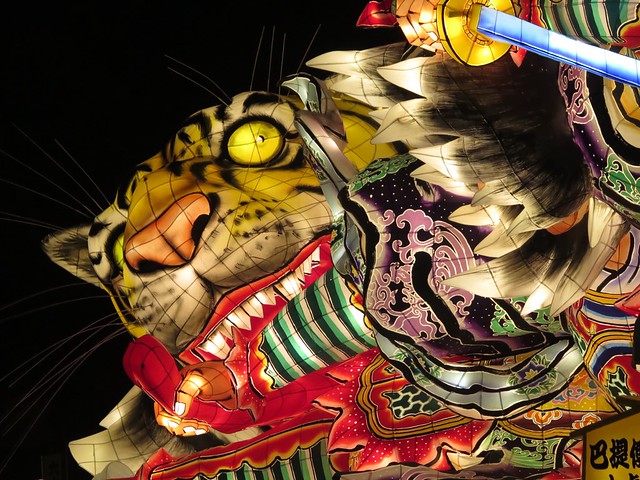 We slept well in the park but were awoken by the fishing boats heading out to sea at dawn. We were then up and packed early ready for the ride down to Lake Towada. 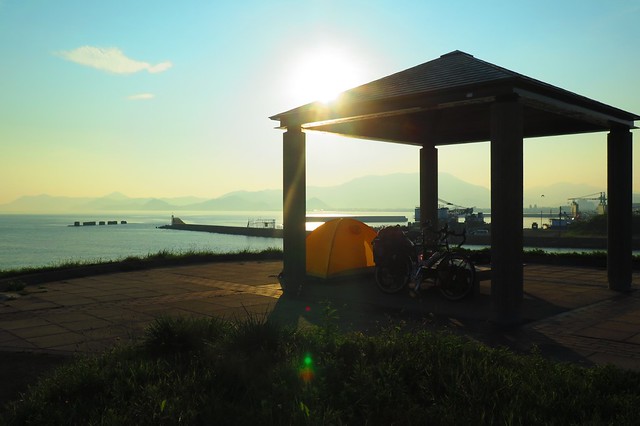 But first, it was straight to the fish market for an early morning bowl of sushi, as recommended by more or less everyone we spoke to. Not for everyone, but raw fish and rice was a good start to a cycling day! 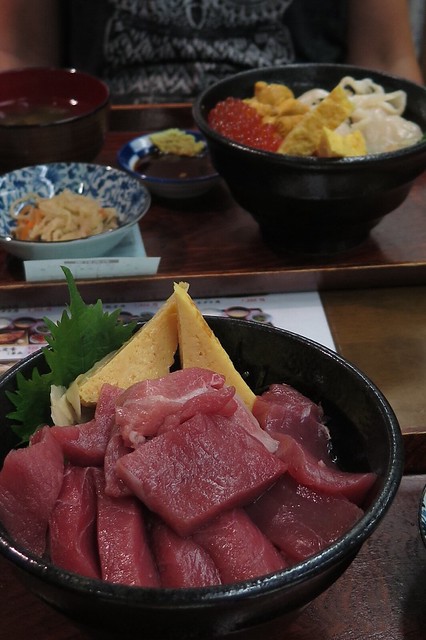 As soon as we left the city, we were into a climb. The sky was clear blue and it was getting hotter and hotter. We climbed past a ski hill on Route 103, which seemed to be a popular tourist road. For a couple of hours we were on a narrow winding road clogged with tour buses and cars which made for uncomfortable riding. 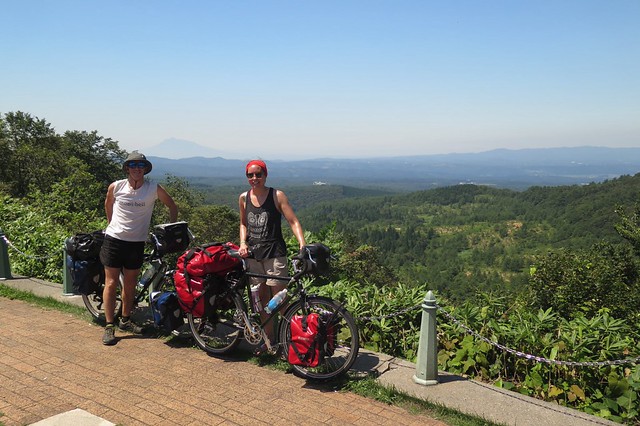 We got a couple of nice views over towards Mt Iwaki, and then we reached another plateau below the Hakkoda Mountains. The view, and an ice cream stop, gave us the motivation to continue up and over the Kasamatsu Pass at 1,040metres. Not the tallest pass we’ll cross by any means, but a tough one all the way from sea level so early in the trip. 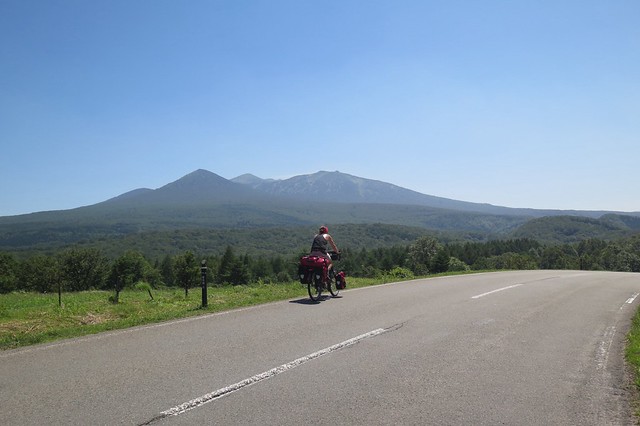 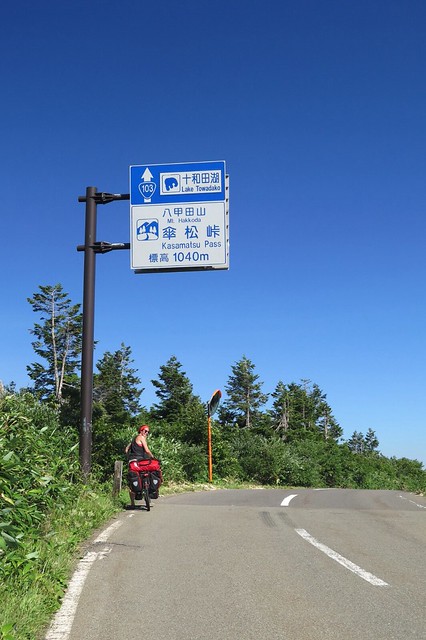 We stuck to Route 103 for the rest of the day. It snaked down through the Oirase Gorge which would bring us right to the lakeside at Towada. We followed a river upstream through thick forests, pausing occasionally to look at waterfalls. 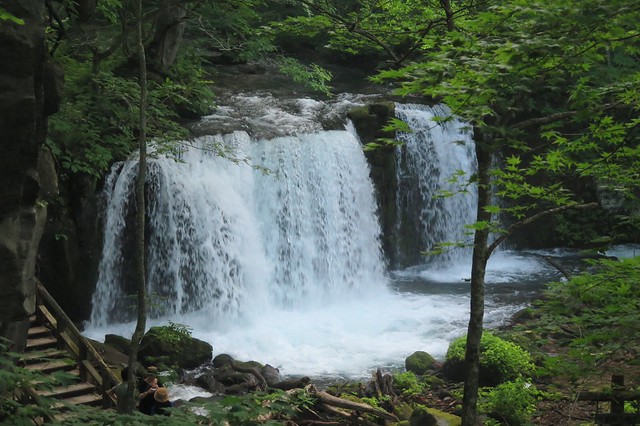 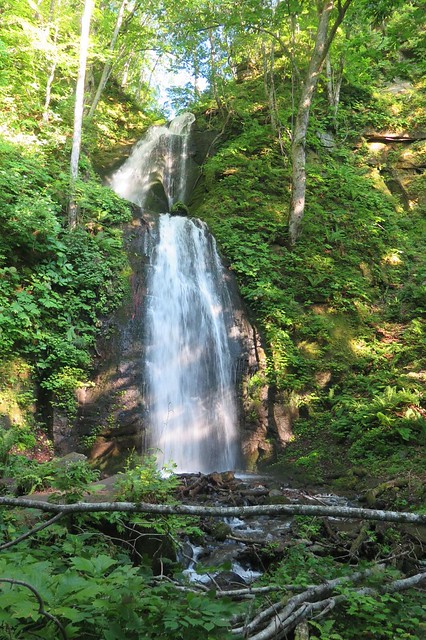 By around 5pm we’d reached the lake and found a quiet campsite that was well within our budget. It was a gorgeous spot, the weather looked good, so we were happy to spend the cash on a second night to give us a rest day on day 6. 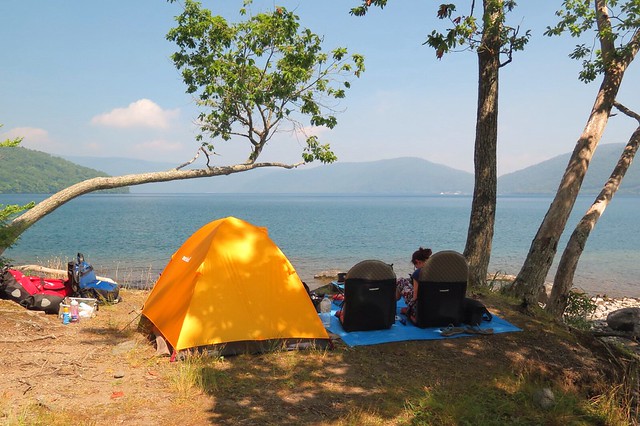 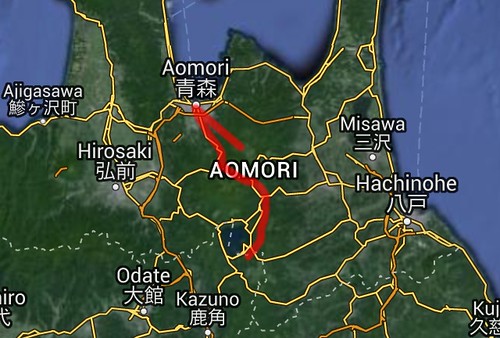